The Christmas Epiphany – Part One 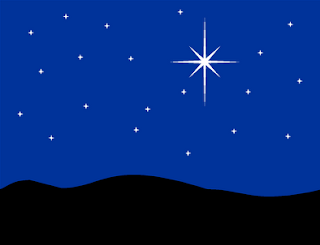 Where are we going? The Christmas Epiphany this year is two fold. First, if we want to save the MC in Canada we have to completely separate ourselves from the Hells Angels and from drug trafficking. That includes creating puppet clubs to traffic drugs, collect drug debts or enforce for those who do traffic drugs. We need to stop pimping the name of the MC.

Second, the Christmas Epiphany this year is about betrayal. It started with the Lennoxville massacre and never stopped. It covers the Vancouver Christmas of /95 and the murder of Brittney Irving and Geoff Meisner. Ever see Clint Eastwood in the movie Pale Rider? He sure painted the town red so he did.

So here's the deal. Let's take a minute and ask ourselves, where are we going? Where will our current choices lead us? The Hells Angels really haven't been in Canada that long. We all know about the biker war in Quebec but it really hasn't been that long since the Gypsy Wheelers and other clubs patched over in the Vancouver area.

The Hells Angels always claim that they are just a motorcycle club and the police discriminate against them claiming the police say they are guilty of criminal activity just because they ride motorcycles. Unfortunately, in a very short period of time the Hells Angels have proven their pleas of innocence to be false. The recent bust where Hells Angels were caught driving a car in colours in Salmon arm with guns, ammunition, balaclavas, bullet proof vest and a cell phone jammer only compound the problem.

The number of drug convictions tied to the Hells Angels is staggering. The Hells Angels used their name and reputation to protect and promote the Zig Zag crew who were caught on video cutting crack cocaine and selling drugs for the Hells Angels. Clearly the Hells Angels have destroyed the reputation of the MC movement in Canada. As a result, it won't be long before MCs will be completely banned. Is this really where we want to go?

All these drug convictions form what the courts refer to as jurisprudence or case law. Every Hells Angel drug conviction builds a case against them and those they associate with to be labeled a criminal organization and have their assets seized under the proceeds of crime legislation.

Selling crack has nothing to do with riding a motorcycle or living the dream so stop doing it. As a result of the many drug convictions the Hells Angels have lost their club houses in Nanaimo and Halifax. If the courts can prove the Hells Angels traffic drugs, it doesn't take long to build the criminal organization case against them and seize their assets. Once that happens it will even take less time to build a criminal organization case against the puppet clubs the Hells Angels publicly protect and associate with.

The only way to stop this from happening is if the MC movement in Canada separates themselves from the Hells Angels and if they separate themselves completely from drug trafficking. Otherwise, those bad apples will destroy the MC movement for the rest of us.

Selling drugs and lying about it isn't good enough. We have to stop doing it completely. The Mongols said they didn't sell drugs but they were caught red handed and for a period of time had their logo seized. More convictions will see that become permanent.

The Rock Machine claim they don't sell drugs. Well the people who recently were murdered did. They were most likely murdered by drug trafficking rivals. Saying you're an MC and aren't into drugs when your are will also destroy the MC movement for the rest of us. If you do sell drugs you have to stop hiding behind the MCs for protection.

It really isn't that hard to figure out. Selling drugs has nothing to do with living the dream. Yet that has become the primary purpose of the Hells angels. Not only do the sell drugs but they use violence to take over the drug business in smaller towns.

Who the fuck are the Hells Angels to tell me or anyone else I can't sell drugs unless I sell them for them and pay them for the right to do so? That is bullshit. In a free world people can do what they want not only what the Hells Angels say they can. Especially when we shall soon see how the Hells Angels are all about betraying their own. There is absolutely no honour in that. They are the ones that give love a bad name. MCs were made to lead. MCs weren't born to follow. Mind how ya go. 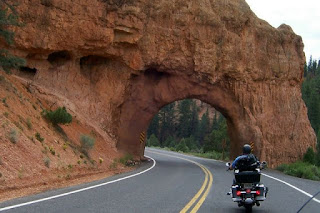 Let's face it, not only are the Hells Angels liars, drug dealers, murderers and betrayers, they are openly satanic. What Christian MC, French or Italian Catholic would associate with a group that uses a devil skull for a logo and calls themselves your local 666? Buyer Beware.