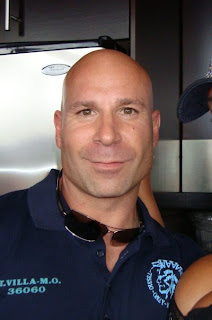 Cory Montemurro is an interesting character. Doesn't seem to have a conscience and doesn't seem too worried about it, but he's a great guy. People are sure talking about him since he and two other associates were arrested with Hells Angel Joseph Bruce Skreptak with a sick cache load of weapons in Salmon Arm. It sure is a wild world. This is one of his associates and co accused Dennis Miner: 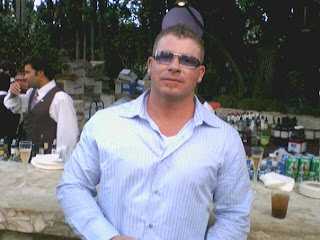 Here he is practicing for their road trip. 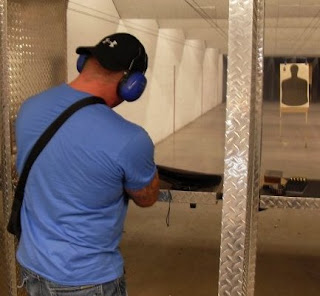 Yet Corry is the person of interest. He's very popular. Friends with Adam Scorgie, but then again, who isn't. After all it's all about the Business of Getting High so it is. Sometimes that business is pretty shady. Sometimes it's down right dirty. 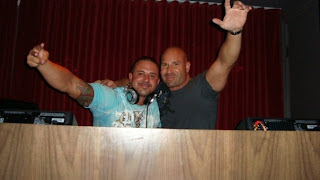 So what were they gonna do with all those guns and all that ammo along with body armour, balaclavas and a cell phone jammer? Just remember, when ya get jammed up, don't mention my name. It's OK, he's not like Geoff or Britney, he's a survivor.

I guess the vest was for grandpa Joe. I hear they have to make patches on Kevlar now. At least in LA people would get shot by rival gangs not by one of their own. Dirty Deeds Done Dirty Cheap.