Eric Sandberg was not an Independent Drug Dealer 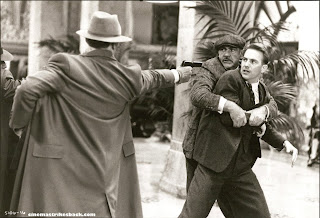 Yet in his plea bargain he plead guilty to to conspiracy to traffic in ecstasy, possession of goods obtained by crime, and a weapons offence and the media referred to him as an "independent" drug dealer. Perhaps they meant that he was independent from Edwin Panting not from a known gang.

Their own article admits that the court heard Sandberg was enlisted as a mediary between a B.C. drug dealer and Satsatin, who owed the drug dealer $20,000. Sandberg — who was raised in Winnipeg but then living in B.C. — told Satsatin to deposit $1,000 a month into a CIBC bank account police later identified as belonging to Sandberg.By the time Sandberg was arrested, $11,000 had been deposited into his account.

That would again imply that Sandberg was not independent because he was acting as a mediary between the police agent and another drug dealer in Surrey who was owed $20 thousand. Surely the court knows the name of the drug dealer Sandberg was collecting the money for. Why doesn't the public know?

The court was sympathetic to the fact that Sandberg has rectal cancer which is now treatable. Indeed cancer is a horrible thing. That however, does not change the fact that trafficking in drugs and firearms then admitting "they" were ready to wipe out all the competition in Surrey is a serious matter that needs to be addressed. Who are "they?"