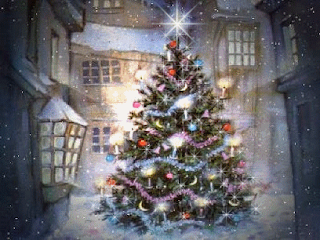 Yet this last public display of gun violence took place on December 12 2010. December 12! These people have no regard for public traditions or public peace. We are told that we are not allowed to say Christmas any more because that is a religious holiday and it might offend some. Bullshit. There's nothing religious about Santa.

Religious freedom mean Muslims, Jews, Sikhs and Christians are all allowed to celebrate their own religious holidays and not be discriminated against. Diversity makes us strong. Multiculturalism does not mean eliminating culture from society. It means protecting culture.

I notice that Kim Bolan has taken a break and shut down her blog over the holidays. Indeed spending time with family is a good thing. Obsessing with crime can certainly distract from the peaceful traditions of the season.

Last year I cited a Christmas truce they had in the war and appealed for a December cease fire in the gang war. This year I realize that appeal is in vain and will have a different Christmas message so to speak. It will involve the 15th anniversary of a dark Vancouver Christmas in which the Boys refused to respect the seasonal good will and committed murder on Christmas eve. My message is a public appeal to rise above the apathy and secrecy and report these dark deeds to the police.

I noticed that several people have been posting quotes from my web site on Kim's blog. It appears that some people are actually reading my dribble. One post that comes to mind was a quote about the Hells Angels involvement in a Pig Farm rape and torture.

Kim was quick to point out that the police eliminated the Hells Angels as suspects in the Pickton murders. Not having enough evidence to press charges is very different from eliminating as suspects. If the instructions to the jury in that case were Pickton could be convicted if he had accomplices then one is forced to consider who his accomplices could have been.

Yet the poster's response was that they were referring to the Australian rape and torture case that involved the Hells Angels not the Pickton case despite the fact that Robert Pickton's lawyer submitted that there was considerable association between Robert's brother Dave and the Hells Angels.

Some people complain about my obsessing over the Hells Angels. Yet there is a purpose to my ramblings and a method to my madness. This year my Christmas message will reaffirm that.

Posted by Dennis Watson at 3:55 AM