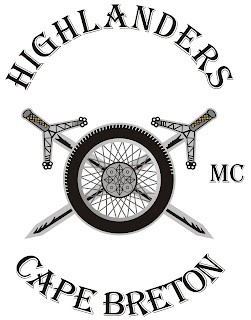 The Tennessee Highlanders logo is offensive. Anything with a confederate flag is like flying a Nazi Swastika. The confederate flag is symbolic of racism. Who one earth would want to associate with anyone who fought a war for the right to keep slaves.

I don't know how close the Highlanders in Nova Scotia are with the Hells Angels but let's face it. Cape Breton has a long proud history of military service. They are not the type to bend over for lying, drug dealing bullies like the Hells Angels who betray their own people.