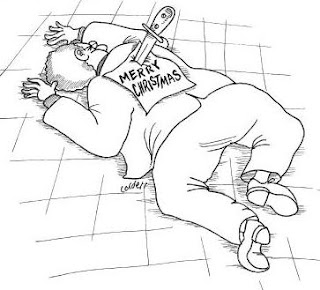 Although my Christmas message focuses on the Christmas in Vancouver 1995, it also stretches across the country to the East coast and settles in Ontario and Quebec with Mommy Dearest. I’m not referring to the Mother of our Lord. I’m referring to the mother of betrayal, Mom Boucher.

When I first saw a picture of Maurice Boucher I thought the guy was hard core. Kinda like the type of guy who would smile at you when sentenced to be executed. I had no idea about his history or what the Quebec biker war was really about. Now I just see him as a thief and a rapist who betrays his own people.

I didn’t realize Boucher was a rapist. He was convicted of armed rape before joining the Hells Angels. He joined the group shortly after getting out of prison for armed rape. He got his patch two years after the Lennonville Massacre when the leader of the Death Riders, Martin Huneault, was shot to death in a Laval bar.

Hours after Huneault's funeral Death Riders Mario Martin and Andre Richard were seen meeting with Hells Angels Maurice "Mom" Boucher and Normand "Biff" Hamel. Boucher and Hamel received their colours after the incident which allowed the Hells Angels to completely take over drug trafficking in Laval and the lower Laurentians area.

The Lennoxville Massacre and the betrayal of the Death Riders were historic betrayals that defines rat. That is clearly the Hells Angels Method of Operation.

There's an interesting fictional book about the Hells Angels called The Angels. The Blog about the book contains an interesting hypothesis about how Maurice "Mom" Boucher at one time paid his "rivals" in the Rock Machine to murder some of his own people who he saw as political threats to his leadership within the club. The author of the book claims to have received the information from an ex Rock Machine member.

Back East Jeffry Lynds has just plead guilty to a cold case where Randy Mersereau was murdered. Someone said Randy left the Hells Angels because the Quebec chapters (Lennoxville and then the Quebec Nomads) having total control over the Nova Scotia Chapter at the time.

Well Lennoxville was the site of the original betrayal and the Quebec Nomads were founded by Maurice Boucher who benefited from that Massacre. Mom Boucher and his wee pal Walter Stadnick who stood tall at 5' 4". In Nova Scotia they killed Randy as well as his brother and sister in law. That brings us to Juel Stanton. He was not murdered by a rival.

How about Prince George? How about Geoff Meisner and Brittney Irving? Britney lived on a grow op some say was run by the Hells Angels. She sold pot to pay for her oxy habit. She was betrayed and murdered after she planned on checking herself into rehab.

Castanet news found a court document where it was finally admitted that Geoff Mesiner did business with the Hells Angels and the Kingpin crew before he disappeared. I do not believe Geoff robbed the Hells Angels. I believe that is a bold face lie from a lying sack of shit who doesn't pay his bills and doesn't even pay full price on the murders he hires.

Last Christmas Geoff's daughter was sad because she didn't get what she wanted for Christmas. She didn't want any expensive toys. She just wanted her missing father to return. That didn't happen because her father was betrayed not by a rival but by one of his own. With friends like that, who needs enemies? 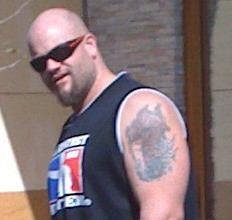 Geoff and Britteny will remain forever young. Let's do the deed and rat out the real rats so they didn't die in vain. Merry Christmas.

Posted by Dennis Watson at 1:42 AM