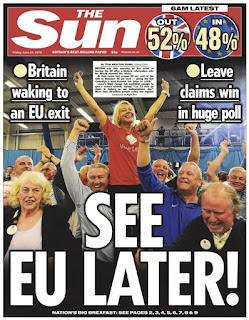 Well this is interesting. Scotland votes to stay in the UK and the UK votes to leave the European Union. Finally Britain awakes. There is a lot of absurd doom and gloom rhetoric complaining about their decision to abort the fraud but I will clarify the step forward. Everybody likes free trade and everybody wants to prosper. The problem with most of these trade agreements is that they have nothing to do with free trade and everything to do with giving up sovereignty.

After signing a treaty supporting a European Union, with no Constitution or Charter of Rights that binds future governments by law to protect civil liberty, what guarantee do you have that new Union remains a free republic as opposed to a galactic empire so to speak? With no Constitution or Charter of Rights you have absolutely no protection whatsoever. Civil liberty is lost and so is the Free Republic. So stop the doom and gloom nonsense. None of us are that stupid.

Holland has already expressed valid concerns to this Galactic Empire in the EU. Another one of the concerns is Banking fraud. Ireland was finally beginning to prosper. Then all of a sudden they were surprisingly hit with a huge bank fraud similar to Greece. The Irish are smart. Screw them over and they will not forget. A star hasn't fallen. It just broke free. 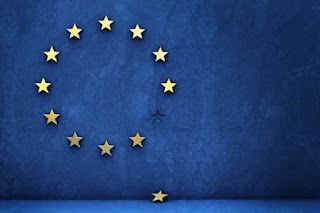