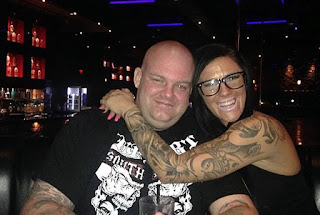 Kelowna Infotel News is reporting that "Two West Kelowna residents have been charged in connection with the RCMP raid of a warehouse in West Kelowna where a large number of fentanyl-laced pills were produced. Leslie John McCulloch, 38, and Rebekka Rae White, 27, have been charged with production and possession of a controlled substance."

"Fentanyl-laced drugs have become a serious threat in the Thompson-Okanagan recently. Through April 30, fentanyl was detected alone or with other drugs in 56 per cent of overdoses, according to the B.C. Coroner's Service. Only 31 per cent were linked to fentanyl during the same period last year. There were 308 deaths linked to illicit drug overdoses between January and May 2016 — up 75 per cent over the same period last year when there were 176 deaths, according to a media release from the coroners service. One Kelowna father died earlier this year after taking a drug he thought was heroin but a coroner's report says it was pure fentanyl."

So how do Quentin James and the Hells Angels fit into this picture? Please advise.

Another life lost to the drug trade while my guitar gentle weeps.