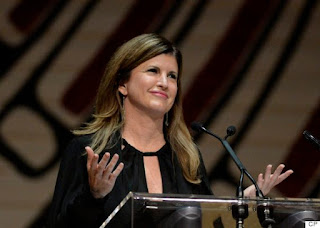 On the lighter side, the Huffington Post is reporting that at a roast of journalists and politicians, NDP Leader Tom Mulcair dropped a few f bombs. "It's great to be here at the press gallery dinner and you know why? Because unlike every other person here tonight, I give zero f***s." He was voted out as leader of his party at their recent convention in Edmonton but is staying on until a new one is chosen. He and other party leaders spoke at this year's parliamentary press gallery dinner which celebrated the group's 150th anniversary on Saturday night.

Not to be outdone, Conservative Leader Rona Ambrose had some quality zingers of her own - many of them at the expense of former prime minister Stephen Harper. "Stephen Harper actually loved humanity," she quipped. "It was just people that he couldn't stand." In offering up suggestions for new slogans for the current Conservatives, Ambrose suggested: "The bad man is gone." Harper never attended the press gallery dinner while serving as prime minister, but gave some sharp roasts as Opposition leader.

That's pretty typical of the Harper Government. He would criticize the existing government when he was the opposition but wouldn't even show up to answer questions when he was in government. Harper did not believe in the freedom of the press. He went to great lengths to censor the press and insisted only scripted questions be asked. He was the exact opposite of everything the Reform Party ever stood for. He was just another Brian Mulroney which is what the Reform Party was created to oppose.

Ambrose's suggestion the party distance themselves from him is wise council. In his defence, I would say the one thing he did have over Justin Trudeau was an understanding of the importance of avoiding unnecessary debt that burdens and enslaves our children. Racking up a credit card knowing you won't have to pay it but your children will is sheer irresponsibility.

I'd like to say that Harper was good at reducing the debt but that is simply not true. He made a lot of reckless cuts on one hand and a lot more reckless spending on the other. Only he lied about his reckless spending and hid it from the budget. He was simply dishonest. Giving the banks a $65 billion bailout that they didn't need then denying it after the fact is a prime example. Buying a fleet of over priced jets from the fraud kings Lockheed Martin that don't work in the Arctic and need overpriced US services to be fueled is another. Boeing is good, Lockheed Martin is bad.

Now we are facing the Saudi arms deal. Like that insane trade agreement with China that had nothing to do with free trade and everything to do with throwing away civil liberty, there are penalties for trying to get out of his bad deal. The Saudi arms deal is just another example of hypocrisy and the Lord of War model for making money. The latest CIA smoke and mirrors is to blame Saudi Arabia for 911 and have the courts let the families of the victims sue them for damages despite the fact that it was the CIA that overturned the passport denials. If anyone is culpable in that heinous plot it is the CIA.

Justin Trudeau spoke highly of President Obama again which was indeed nice to see. Justin is a true statesman like unto his father. The only thing we need to get hrough this guys head is that laiding our children with uneccesary debt is iresponsible. Like he said because its 2016 not 1980. That is one area he is still behind the times in. 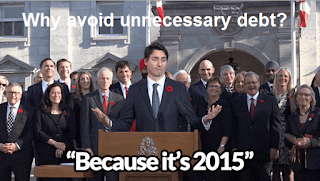