Fathers in the hood 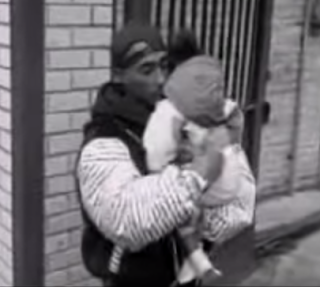 I knew a little boy who grew up without a father. His father didn't want to pay child support so he quit his job and worked under the table. He then got a court order saying he didn't have to pay child support because he didn't earn enough income. The kid is a grown man now and turned out just fine without him. He's a hardworking productive member of society.

Sadly the father doesn't even acknowledge his son's birthday or send him anything at Christmas and no they're not Jehovah's Witness. They do celebrate birthdays and Christmas. It's just that this father doesn't for this son. I feel sorry for the kid but I also feel sorry for the father. He missed out on his son's entire childhood. I wouldn't wish that on my worst enemy.

Fatherhood can change how we view life or the direction our life is currently going. Many people have told me they left the gang life and got their act together after they had a child. Kids can inspire us to be better. They enrich our lives.

I never grew up in the hood. People joke about Surrey but its not the hood. I have lived in the hood though. New York City, Brixton, Belfast, South Seattle with all the crack dealers, that was the hood. When we were doing a crack down there I remember speaking with one crack head who was completely oblivious to reality holding a young baby. The diaper hadn't been changed in a long time and was very loose. The baby started wetting herself and it was leaking out of the diaper all over him. He didn't even notice. He just had that glazed look in his eye talking nonsense. I felt sorry for the baby but I also felt sorry for the guy. It was such a waste.

In contrast, my father set a wonderful example. He and my mother inspired my family creed - Honesty, Service, Sacrifice. I wrote my father while living in Ireland and told him that as I looked back over my childhood those were the three things I learned from my parents' example. He wrote back and said he never thought about it that way before. Honesty, isn't honesty if you have to think about it. Service isn't service if done for any kind of reward and sacrifice is simply the joy of parenthood. I thought then that if I could look back on my life and see every sacrifice I had ever made as a father was simply the joy of parenthood, then I would have lived a successful life.

So today I will visit my father's grave and have a pint of holy water to salute the sacrifices I have made as a father and the joy I feel as a proud parent. Life is good so it is. The secret to having it all is knowing that you already do. Peace. 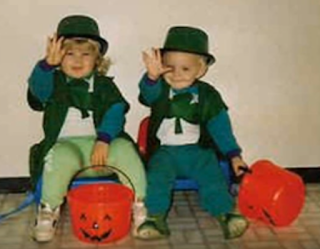