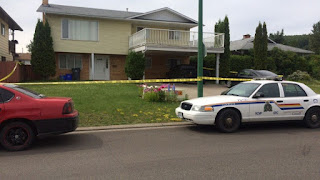 CFJC Today is reporting that this morning just after midnight police responded to the third targeted shooting in Prince George withn two weeks. A 26 year old man was shot and taken to the hospital with non life threatening injuries. Police believe the incident was drug related.

This shooting was just a block away from where a 30-year-old man was killed last Thursday in a targeted hit. Nearly a week before, police responded to Freeman Street, where neighbours were nearly hit by a stray bullet. Police admit that shooting was also tied to the drug trade.