State of the Union Part Two: Requiem for the American Dream with Noam Chomsky 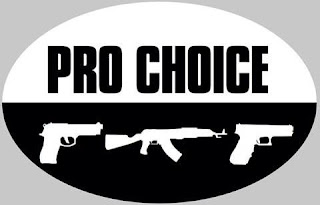 There is a thought provoking documentary on Netflix called Requiem for the American Dream with Noam Chomsky. I highly recommend it. Before I dive into my synopsys of that documentary I'm going to raise two points that I disagree with and feel are very important to clarify.

In the beginning of the documentary he quotes James Madison from the debates of the Constitutional convention and states "the major concern for the society has to be to protect the minority of the opulent against the majority." He seems to imply that the intent of the Constitution is to promote inequality and give the rich power over the poor which is in reality the opposite of what the Constitution does. It's not about circumventing democracy. It's about preserving it.

The Redistribution of Wealth

I do not believe in the redistribution of wealth. I don't believe in taking the wealth from the rich because protection of persons and property is a fundamental principle in the Constitution. I have no problem with paying taxes. Render unto Caesar what is Caesar's. I have a problem with excessive taxes, wasting tax dollars and the misappropriation of tax dollars. I have a problem with people like Donald Trump paying zero taxes. That is wrong. The lower taxes the better but everyone should pay their fair share. Michael Moore pointed out how times have changed. The rich used to be in higher tax brackets and pay more taxes than the poor. Now the tables have turned and the rich pay little or no tax while the working class carries the whole tax burden. Not only that but the rich are getting richer from the taxes of the working class. That is messed up.

Even Warren Buffett said the fact that he still pays less tax than his secretary is wrong and he is right. We have gone from one extreme to the other. Low corporate tax is good but not at the expense of consumers. It's not a redistribution of wealth, it's fixing the unjust tax laws that exploit the poor then take tax dollars from the poor and put it directly into the pockets of the rich. Like the Wall Street bailout which was the result of deregulation and fraud which became easier to commit after they deregulated everything. That is wong.

Communism is different than Consecration

It is true that Christ condemned the love of riches and taught to give to the poor. The parable of the sheep and goats taught that is the cutting edge of the final judgement. It is also true that some believe Christ and his apostles lived a higher law where they held all things in common so to speak. Some compare it to socialism but it is very different than communism.

Consecration is based on free agency. Communism is not. If people choose to live in a society where all things are in common, every member of that community commit to living certain rules and standards. One of those rules is the willingness to work. Although Christian service is without that condition, Consecration is not. If you are trying to build the ideal society where all things are held in common and half the peole in that community refuse to work, that ideal society will fail. That's why we need a system built on incentive.

If an angry mob comes into my neighbourhood and says we are going to take what little I have just because they can, I will use reasonable force to oppose them. That is what is referred to as sailors rights - the protection of persons and property. We have a right and duty to defend our homes and families.

Communism is one great big lie. It promises social justice but delivers the opposite. In fact, the inequality of wealth that Noam Chomsky refers to is an example of how Communism is infiltrating our current society. Why do you think the bankers and Rothschilds funded the Communist revolution in Russia? So they could take over the workers revolution and maintain their elite status that we see exists within the politicians in Communist China.

Last post we discussed the CIA's control of the media and how they are still spamming the media with press releases on a regular basis trying to control public opinion. Drug trafficking is one of the major concerns about the CIA but that's not all. Investment fraud is another. Former US Navy Intelligence officer Al Martin claimed Jeb Bush instructed him how to commit investment fraud as an additional means to raise money for Iran contra. The Bush family were deeply involved in investment fraud that helped crash banks during the S&L crisis back in the /80's. So was the CIA. The CIA would default on bank loans with the promise that the banks would be bailed out with tax dollars. That is still a huge concern today.

Judith A. "Jami" Miscik was the Deputy Director for Intelligence for the CIA. In 2005 she left CIA to become Global Head of Sovereign Risk for the Lehman Brothers firm before it too went bankrupt in 2008. Earl W. Brian embezzled $50 million from Nesbitt Thompson’s clients in Canada for the CIA and went to jail for fraud. He was released from prison in 2002. Investment fraud and the CIA go hand in hand and is another reason we should be much slower to reprint their press releases without confirming the source. Disinformation is their specialty.

The Greek financial crisis was the result of investment fraud. What was public money became private then disappeared. Instead of throwing away the Constitution we need to protect it and eliminate all the deregulation which made investment fraud so prevalent.

Democracy and the Constitution

Under the Constitution a rich man and a poor man have the same vote. If the poor man doesn't exercise that right it's no one's fault but his own. Americans need to be more involved in their primaries so next election they will have a decent choice on the ballot. Peace.

BTW Communism has failed in Venezuela. Once again it failed to deliver.

State of the Union Part One: The CIA's control of the media