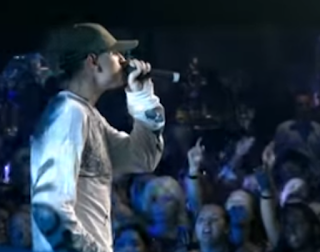 Another one come, another one gone, another one bites the dust. After Tupac Shakur was shot dead his estate remixed some of his music with that of Elton John and produced the infamous Ghetto Gospel calling out for an end to the war on the streets. So here we are. Another Vancouver gang associate shot dead, this time in Toronto. For what? The almighty dollar. It's such a waste.

Fairly recently I made a blog post about another gang associate murdered in BC and the mother of his child was determined to set the record straight. Seemingly the man's young son saw the post and said his Dad was a good guy. I'm sure he was. Especially in that case. The family was clearly grieving so I took the post down.

It's important to realize that whenever someone gets shot that has ripple effects that tears apart a family. In Tuesday's murder in Toronto, Kim Bolan reported that he was a father of young children. No doubt he was a good guy to his family and he will be sorely missed.

Yet he drove a fleet of luxury vehicles. Everyone in his extended family had to have known he was involved in the drug trade. Kim Bolan also reported that he had pending drug charges. Without trying to be too abrupt or insensitive I just want to point out the obvious.

Times have changed. Back in Tupac's day everyone wanted to be a G. Now, here in Vancouver people are starting to see through that illusion for what it really is. It's hard to process the extremism. Take the Dianne Rock story. Here's a guy making serious coin as a longshoreman but for some reason that's just not good enough so he starts selling crack on the side. He gets his girlfriend addicted to crack and she has to start working in the sex trade to pay for the drug. Then when the drugs have eaten her alive, he casts her aside like an old shoe. That is the epitome of greed and exploitation. How can you do that and still look yourself in the mirror?

Now I'm not saying that our friend who was recently murdered in Toronto pimped crack hoes. But I am saying that fleet of luxury vehicles was paid for by a huge amount of exploitation. Take the Janice Shore and the Ashley Machiskinic story. Ashley was pushed out the window for a drug debt while Janice was literally beaten to death. Giving the homeless crack for free then beating the life out of them for payment is predatory. If you don't front the drugs there are no drug debts.

The Anthony Terezakis story is indisputable evidence of the kind of greed and exploitation I'm talking about. He filmed himself beating the life out of drug addicts in the DTES that owed him money and yes he was a Hells Angels associate. The most disgusting part of the story is the fact that when they played the videos in court he couldn't hold back the laughter. He thought it was hilarious. That man is deranged. When I look at that life I'm forced to agree with Linkin Park and declare all I want to do is be more like me and less like you.

So when I look at the fleet of luxury vehicles I say to myself what a waste of money. If you have that much money at least spend it on something worthwhile not a butt ugly SUV that looks like a Soccer Mom's mini van. I look at those luxury vehicles and say what a waste of a life. The gang life is indeed such a waste. In the movie Pirates of the Caribbean Barbossa turns to Elizabeth and says we're surrounded. There's not a fools chance. It's not something to die for. Elizabeth responds, you're right. Then asks what shall we die for? A fleet of luxury vehicles? No thanks. That is not something worth dying for.

Gurmit Singh Dhak made a video with the Vancouver police's Odd Squad four months before he was shot dead. In the video he said “Every day I’ve got to look over my shoulder. I have got to worry if I jump out of my car am I going to get shot? Or I could be walking in the mall and walking out and get shot. I don’t know.” He said he regretted getting involved in gangs and the grief that it had caused him and his family. “If I could turn back time, I would never join a gang. I would have just finished off my high school, got a better job, anything else. Anything is better than joining a gang. It is useless. You are going to get killed,” he said. “I want to get out. It is too late now to get out. I have too many enemies." Four months later he was shot dead.

Another life lost to the drug trade while my guitar gentle weeps.