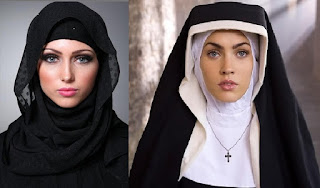 CBC is reporting that "In a unanimous decision released Wednesday morning, the Appeal Court sided with a B.C. Supreme Court judge who stayed proceedings in the terrorism trial of John Nuttall and Amanda Korody on the grounds that the police investigation was a "travesty of justice." While the 141-page judgment faults Justice Catherine Bruce's findings in a number of areas, the Appeal Court found that the RCMP may have been right to launch an undercover operation against the Surrey, B.C., couple — but they went "far beyond investigating a crime."

"They pushed and pushed and pushed the two defendants to come up with a workable plan," read the ruling, written by Justice Elizabeth Bennett and handed down in Vancouver. "The police did everything necessary to facilitate the plan."

Exactly. There has never been a more clear case of entrapment in the history of the earth. Without the police's involvement there was no means or motive to commit the crime. They facilitated the entire thing. Which leads us to ask which other fake terrorist attacks they facilitated without pulling the plug at the last minute.

We know CSIS provided the explosives for the Air India bombing and had a handler plan the attack. Without CSIS the Air India attack never would have happened. Charge them.

This is my previous blog post about the Catherine Bruce decision which was unanimously upheld by the BC Court of Appeal. This is the full text of the Bruce decision. Now we need to launch a public inquiry into where the billion tax dollars the RCMP loses from it's terrorist budget every year actually goes. Facilitating these kinds of attacks is a waste of tax dollars.

Moral of the story, CSIS and the RCMP are no longer welcome in Surrey. Take the HAs with you. 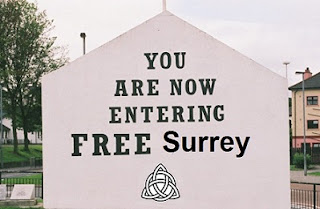