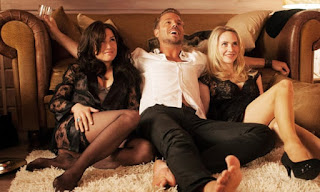 Sorry but this one is too much for me to stomach. I'm not a fan of Doug Ford but Bob Paulson's dirty politics is just too hypocritical for me to let slide by unnoticed.

The Globe and Mail is reporting that FORMER RCMP Police Commissioner Bob Paulson who failed to address sexual harassment within the force and within his own office is now claiming that there are reasonable concerns about the appointment of Veteran Toronto Police Chief Ron Taverner as the next commissioner for the Ontario Provincial Police and that an independent inquiry should be conducted to preserve the integrity of the force.

AYFKM? How about a public inquiry into Bob Paulson's bogus fishing trip on Pitt Lake with Crag Callen, Bill Fordy and some of the Friends of Craig Callen aka the FOCCers.

What seems to be the real concern here? Ron Taverner has experience investigating organized crime, something the RCMP has absolutely no desire to do. Bob Paulson admitted in his exit interview that he personally took almost every officer investigating organized crime off of organized crime and put them on the RCMP Terrorist Creation Task Force that loses a billion dollars from it's budget every year. Perhaps we should have a public inquiry into that task force's budget and Bob Paulson's refusal to confront sexual harassment within the RCMP. Perhaps we should also have a public inquiry into his mishandling of the Diane Rock file. Just sayin' yo.

Ron Taverner was the former police chief for Toronto. He is qualified for the position as commissioner for the Ontario Provincial Police. Someone from the RCMP is not. The fact that Doug Ford who is from Toronto knows him is simply not relevant.