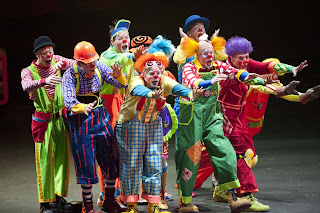 The compromised BC Gang task force is reporting that the new Hardside chapter of the Hells Angels from Haney have a new clubhouse in Surrey. Who knew? It's not marked. Kim Bolan is reporting that Surrey Mayor Doug McCallum was unaware of the new clubhouse but the Surrey RCMP Police Chief Dwayne McDonald was. He and Linda Hepner's fail army said there's nothing we can do about it. Yeah well watch Thor in action. He'll evict their ass on zoning violations.

I rode by there after work today and it's unmarked hiding behind a huge gate and fence at 9457 180th Street. Oh but the landlord can't evict them without just cause. The city can. They are using it for a clubhouse. Everyone showed up there after the funeral. It's not zoned for that so the city can evict them on a zoning violation.

Sonny Barger founded the Oakland chapter. George Wethern was the former Vice-President of the Oakland Chapter. In his book A Wayward Angel Wethern claims: "The Oakland Angels began issuing new charters and assisting chapters set up their own drug operations. The additions were designed to contribute to our image and business concerns, by providing a drug route link, manufacturing a drug, supplying chemicals, or distributing drugs in an untapped area."

As I said before, there's not enough Viagra on the planet to make those limp noodles hard. Check out the ridiculous baseball tattoo on the back on the Duck Dynasty decoy's hand. That is stupid. The West Point Surrey Girl wannabes are even more ridiculous. They'd get capped like it was the Chinese New Year if they showed up in Surrey. That's why they stayed in Langley.

Dwayne McDonald from the Surrey RCMP said that "we will use every lawful means to ensure that their members are not participating in any criminal activity in this city.” That would be a nice change. Are they going to start disrupting the Hells Angels drug trafficking out of Shakerz?

It's never too late to start doing the right thing.