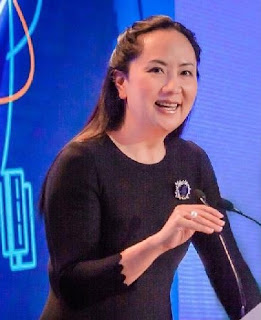 Keith Fraser is reporting that "A top executive with a major Chinese high-tech company has been arrested in Vancouver and is being sought for extradition by the United States apparently for allegedly violating U.S. trade sanctions against Iran."

I am not a fan of Communist China but I will say this arrest is a dirty deed done dirt cheap. So what was this telecom company accused of doing? Murdering political prisoners for their organs? Nope. That doesn't seem to bother anyone. What they are accused of doing is violating the United States trade sanctions against Iran. WTF?

Arresting someone for doing business with Iran? AYFKM? What are they going to do next, arrest the Prime Minister of England? A couple of minutes ago the United States was ready to sell Iran nuclear reactors. Now all of a sudden they are imposing sanctions on Iran again. This sounds a lot like Libya. One minute France is trying to sell Libya a nuclear reactor then as soon as they decide to buy a reactor from Argentina the world invades them. That was a dirty deal.

The US has every right to ask England not to sell Iran nuclear reactors but the US does not have the right to arrest the Prime Minister of England or anyone else if they happen to visit Canada just because they said no. The United States has jurisdiction within the US. They do not have jurisdiction outside the US.

I will point out that Iran aren't the bad guys here. Cyrus the Great was the one that set the Jews free after the Babylonian captivity. British and American meddling in the politics of Iran has breed extremism. Operation Ajax overthrew the democratically elected ruler of Iran to take over their oil.

This arrest in Vancouver has nothing to do with justice or human rights. It's about a trade war. That's all it is and we are all diminished by letting it happen unchallenged.