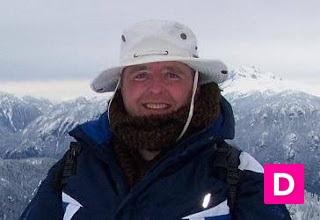 On a matter of personal privilege, I will restate the obvious. Dennis Watson from Surrey, BC has never been charged or accused of child molestation. Ever. Blaze is lying. Again. My daughter is 26 years old and she's married. Blaze really needs to get a life and stop using so much of his own product. I'm not the one in hiding, Blaze is. Blaze is not in prison. He is posting on my blog. Do the math people. The idiot just can't keep his mouth shut.

Blaze I'd tell you to go to hell but I think you're already there. You're the one wailing and gnashing your teeth trying to hide your own misconduct by making up lies about others. Natural justice is simple. You have to live with yourself. I'm just glad I'm not you. Word.

In case people are wondering what I'm talking about, I'm referring to yet another post Blaze put on the Dirty about me. He claims that in his next post he will state that I raped my daughter's mother. So 27 years ago I raped my wife on our honeymoon right after we were legally and lawfully married. Like I said, I can confront evil, but I can't fix stupid. 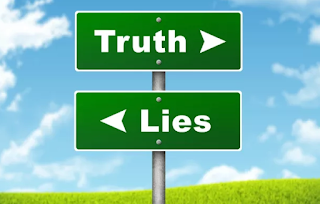 Update: Now the idiot has made yet another post on the dirty pretending to be a woman claiming that I sexually assaulted him and his daughter and that there is a search warrant issued for my arrest. Not. If you search the CSO criminal registry you will see that I have never been charged with a criminal offence and that I have never been charged with sexual assault. Ever. Blaze is a compulsive liar. Nothing he says makes sense.

His fetish for impersonating women is a bit strange. After all he started posting threats on my blog and on the dirty under the name Kayla as soon as I broke the story about his involvement with the Britney Irving murder. Blaze the drag queen hoeing for the PoPo. It sucks to be you.

Defamation on the Dirty shows Blaze is not in Prison.

On October 6th 2019 Blaze made a post about me on the Dirty claiming it wasn't Blaze. Yeah right. If it wasn't Blaze they wouldn't be trying to convince everyone it wasn't him. That post admits that he is the one that keeps posting bullsh*t about me on the Dirty over and over again impersonating other people including women like he first did as Kayla. In that post he claims that the UN killed Ali not the Hells Angels. Aside form being false, AV wouldn't try and convince everyone that the UN killed Ali. Only Blaze would try to do that.

On September 15th 2019 Blaze made a post about me entitled Dennis Watson & Matt Schrader Dream Team. He claims that Schrader gives me info. Aside from being false, I know this was Blaze because right before that Blaze contacted me by email pretending to be an informant claiming that Scrhader was the one who has been posting all this sh*t about me on the Dirty. I knew it wasn't Scrader because he has left the life without becoming an informant and I have stop posting about him. The fake informant was upset when I wouldn't believe him it was Schrader so then he made that post on the Dirty. AV wouldn't try and blame Schrader. Only Blaze would.

The vile insults Blaze keeps trying to post as comments on my blog under the username Ralph, Plumber97, Dennis is a moron, I have the right to an opinion and various other troll profiles right up until the day I closed comments on my blog altogether all say only things Blaze would say.

Donnie McWhirter is not in prison. Do the math.