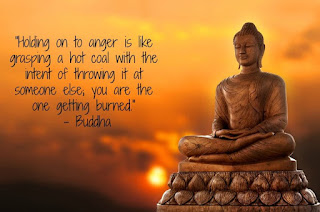 There's a young guy at the gym I always go out of my way to say Hi to. He's very friendly. From our previous conversations I became aware that he was a Christian. The other day I made the mistake of wishing him a Merry Christmas. "Oh I don't celebrate Christmas" he said.

I was a bit startled because I knew he was a Christian. Usually its non Christians that get offended by the term but even they are very receptive to it. He goes off about how Jesus wasn't born at Christmas it was just a pagan holiday they assigned to Jesus' birth. I'm like yeah, we all know that but nobody cares. It's a season of good will. There's nothing bad about Santa. Then he goes off about how Santa is spelt like Satan and I just gave him that AYFKM look.

I'm like for me that's a little bit extreme and I shun extremism. It's like those Christians who say you can't have pictures of Christ up on your wall. For me that is weird and extreme. It completely misses the point. He asked me if I was a Christian and I said yes then hesitated. Well kind of. Certainly not like that kind of Christian.

Forgiveness is a fundamental aspect of Christianity. The wages of sin is death and no one is without sin so we all need an atonement. We all need to be forgiven. Martin Luther King said the old law of an eye for an eye leaves everyone blind.

The Lord's Prayer says forgive us our trespasses as we forgive others who trespass against us. I understand that principle but I also understand how that principle can be abused. That's how some people become door mats for others to walk on and stay in abusive relationships because of it. That kind of exploitation doesn't do anyone any good.

Martin Luther King also said "I've seen too much hate to want to hate and every time I see it I say to myself that hate is too great a burden to bear." Obviously holding on to hate isn't healthy. As Buddha pointed out it's like holding on to a hot coal which simply burns oneself.

I look back over my life and I look at examples of when people have tried to f*ck me over and I can honestly say I have no hard feelings. It's water under the bridge. I wish no harm upon them. That doesn't mean I have the slightest desire to get back together with that person because that simply isn't going to happen. We can all learn from the past and move forward is positive healthy directions. Yet forgiveness does bring peace. Often the hardest person to forgive is ourselves.

Maybe this year it's time to forgive ourselves and let the past go so we can finally be free. 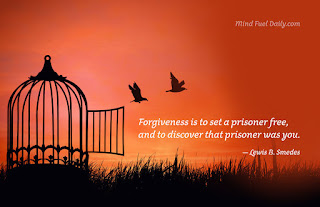