Trump pulling out of Syria is good for everyone 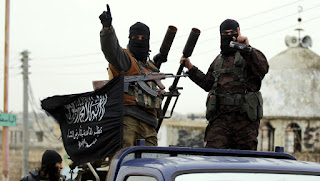 I cannot watch American political television because it is too difficult to stomach especially the View which is nothing but Spew. The Business Insider is reporting that ""Fox & Friends" host Brian Kilmeade on Friday ripped into President Donald Trump over his abrupt withdrawal of US troops from Syria, accusing him of opening the door for the Islamic State group, also known as ISIS, to make a major comeback." What a crock of sh*t.

The headline reads "Fox and Friends host blasts Trump for pulling troops out of Syria: He said President Obama was the founder of ISIS. He just refounded ISIS" That is ridiculous. However, Obama didn't create ISIS the CIA did to justify the US getting involved in the Syrian war because they wanted to get rid of Assad. They may be indirectly right about Trump refounding ISIS because his pulling out of Syria will mean the CIA will recreate ISIS and launch more chemical attacks to try and get the US back involved. The Main Stream Media Sucks. Completely.