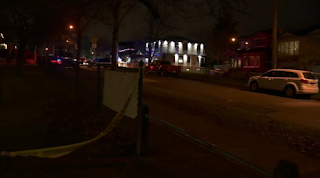 CBC is reporting that "A man in his 30s has been injured in what Vancouver police describe as a targeted shooting in south Vancouver on Saturday. Around 5 p.m. PT Saturday, police say shots were fired near East 53rd Avenue and Prince Edward Street. After responding to the area, officers found the victim, who had gunshot wounds. Police say he was rushed to hospital with undetermined injuries. Officers say no arrests have been made."