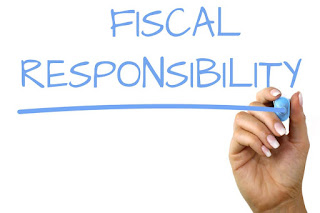 Then the front page news called McCallum a liar stating Surrey's debt is $267 million not $514 million. After the dust settled the Vancouver Sun / Province admitted that the $514 million figure was correct if you included Surrey First's five year tax and spend plan which McCallum thankfully just cut. The full scale assault on fiscal responsibility is straight out of the twlight zone.

We need to live within our means. That is common sense. Wasting tax dollars on interest is bad business. Balancing the budget is what Doug McCallum was elected to do. Dianne Watts, Linda Hepner and Tom Gill were on the wrong track. It's time to set the record straight.

Post Media News owns the Vancouver Sun, Province as well as the Surrey Now Leader. Their reporting is clearly biased. Their support of fiscal irresponsibility is in support of their corporate advertisers who get rich off of tax dollars. Corporate Communism seeks to enslave consumers with taxes paying down unnecessary debt. Post Media News isn't worth lining the bottom of a bird cage with. The public need to find alternate news sources.