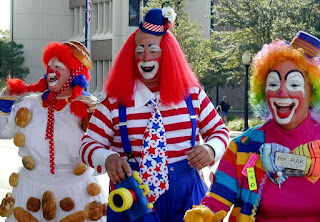 The Vancouver Sun is reporting that Jamie's Bacon's girlfriend from Kelowna died of a drug overdose while in Vancouver preparing to attend Jamie's trial. The first question we have to ask is which girlfriend? Was this the one that had an affair with a married IHIT investigator? Apparently not. Her mother claimed she was in love with and faithful to Jamie. Now that truly is tragic.

First things first. You have to stop using the term notorious and Jamie Bacon in the same sentence. That is ridiculous. Jamie Bacon is and always was a complete idiot. He was not from Surrey. He was from the suburbs out in Abbotsford. Look at his picture. The guy is a complete idiot. He couldn't even go to the gym without getting beat up. He had to hide behind Anthon. Spike hated Jamie. Spike just saw Jamie as an easy mark to tax. If it wasn't for the 24 hour police protection those clowns received he would have been dead a long time ago.

I hesitate to even mention this case because it really isn't newsworthy. Jamie Bacon just doesn't matter. This poor girl who loved him and was loyal to him was completely brain dead. I'm sorry, I dont want to be mean but that kind of stupidity just isn't pretty. Her mother is just as bad as Jamie's father. Parents glorifying the gang life are just plain irresponsible.

However, Kim slipped out one fact that makes this case very newsworthy indeed. Kim stated that Jamie's girlfriend was a drug dealer that had conflicts with some of Jamie Bacon's rivals. We know that Jamie Bacon ended up selling drugs for the Hells Angels so his girlfriend obviously did as well. So Jamie's rivals would then be HA rivals seeing how Jamie is a mindless puppet on a string being taxed by the red and white. The HAs use guys like Jamie to sell drugs because they are so useless they'd never be able to make it on their own. That's why they don't have to worry about them crossing over and working for the other side.

Kim stated one of those rivals was the recent weapons bust at a Langley farmhouse. That confirms my original suspicion. The police seized all those guns from a Hells Angels rival. Gang enforcement in BC is completely compromised. They no longer go after Hells Angels. They just go after HA rivals.

I will also note that the police videotaping a strip search of Jamie Bacon's girlfriend shows once again how demented the teletubbies really are. Just like that married IHIT cop who wanted to sleep with Jamie's ex. You want to touch something he touched? You want to share STDs with a piece of garbage like Jamie Bacon? You are both worthless and hopeless. That kind of self esteem problem is something for Dr Phil to straighten out.

One thing is certain and that's Eddie Narong was right. Jamie Bacon is dead. He's freaking brain dead. Who's going to protect him now? Anthon is in prison. His preppy brother is dead. Oh don't worry, Larry Amero will protect him. Just like he protected Jamie's dead preppy brother. Just like he protected Randy Naicker. The question is, who's going to protect Larry? The truth is, none of the HAs ever liked Jamie. They put up with him because his dead preppy brother was friends with Larry Amero. Now that they're out of the picture Jamie Bacon is going to need more than a bullet proof vest to save his ass. Pumpkin pie doesn't make you bullet proof clown. 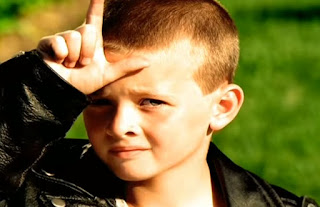