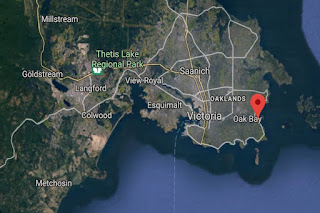 The Peace Arch News is reporting that "Police on Vancouver Island are investigating after two bodies were found in a Greater Victoria apartment building on Christmas Day." Freaking crackheads. People have lost their minds.

The Times Colonist is reporting that "Two children are dead and their father is injured in what Oak Bay police are investigating as possible homicides and an attempted suicide on Christmas Day. The young girls, ages four and six, were found dead in the ground-floor apartment at 1400 Beach Dr. around 5 p.m., when police entered the suite. The father was found with self-inflicted injuries in an attempted suicide, sources close to the family told the Times Colonist." Insane.

CBC has released pictures of the daughters. The guy is a complete mental case.