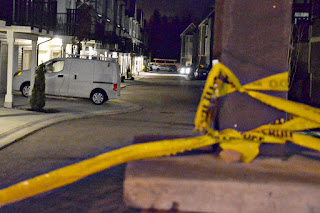 The Peace Arch News is reporting that "Homicide investigators have identified the man found shot in the backyard of a Langley townhouse complex Thursday night. Dai Duong Duong of Abbotsford, 21, was found in the 8100-block of 204th Street at 10:45 p.m. Thursday night. Duong was known to police and believed to be involved in gang activity."

The Peace Arch News is also reporting that "A 48-year-old man has been taken to hospital in serious condition following a shooting in South Surrey Friday morning. According to a tweet by Surrey RCMP, the incident occurred in the 17000-block of 21 Avenue at about 9:30 a.m."