Prosecutors to appeal the stay on Jamie Bacon’s charges 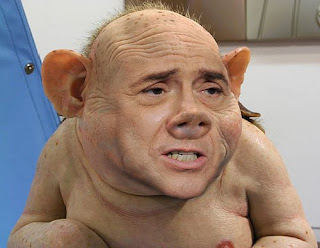 Global is reporting that "The BC Prosecution Service (BCPS) will appeal a B.C. Supreme Court decision to stay first-degree murder and conspiracy to commit murder charges against gangster Jamie Bacon in connection with the Surrey Six murders, which happened in 2007." Thank God. That appeal must be heard and they bloody well better get on with the trial if it succeeds.

Porky Pig isn't out of the pig pen yet. Kim Bolan is reporting that the hearing that decided to stay the murder charges against Jamie Bacon was in camera. That is insane. Secret meetings that crush natural justice shrouded by publication bans are all illegal. This isn't Nazi Germany. We aren't living behind the Iron Curtain even though the courts appears to think we are.

The Charter of Rights is the highest law of this land. If the government or the courts make a decision that violates the Charter of Rights, that decision is illegal. I do believe in the supremacy of God and the rule of law. It is the total disregard for the law and for justice that we see coming from the bench that I take offense to.

Becoming learned in the law is not a matter of memorizing books of diluted jurisprudence that waters down justice into meaningless. That is not the intent of the law. Natural justice is a founding principle of law. Abandoning justice mocks the law it does not uphold it.

It is not Eilleen Mohan's fault Jamie Bacon's trial has been delayed so long. If the police make a mistake you can punish the police but to punish the victims is offensive to justice. That is why the public's confidence in the BC judicial system has been shattered.

CTV is reporting that "B.C. Premier John Horgan says a court decision to stay charges against a man accused in one of the most infamous gangland killings in the province's history could compromise public trust in the justice system. That is absolutely true. It already has.