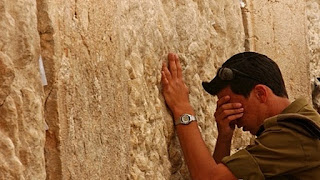 The breaking news is that Donald Trump announces his decision to move the American Embassy in Israel from Tel Aviv to Jerusalem. No offense but who cares? I mean really. The thing that has everyone freaked out is his declaration that Jerusalem is the capital of Israel. Once again who cares? Donald Trump is the president of the United States not Israel. He doesn't have the authority to change the capital of any other nation. That decision would be up to Israel.

Nevertheless, people are freaking out left, right and centre which once again proves that Israel and Palestine is full of lunatics and that Jerusalem is no longer holy. Violent protesters have clashed with soldiers and Gaza's firing rockets into Israel has been met with Israeli airstrikes.

Nickolay Mladenov called on all parties to engage in "constructive dialogue" and "reign in radical elements". First let me say that the people who live in Gaza are crazy and confrontational. As soon as Israel pulled out to give them more autonomy they started firing rockets into Israel at will. I will also say that Israel using white phosphorus on Gaza was excessive.

As I have said before, Palestinians are not the original inhabitants of Gaza. The Philistines were. They were conquered and swept away by Ramses, king of Egypt. Yet I am of the understanding that Israel has been heavy handed in dealing with Gaze with regards to cutting off their electricity. However, that appears to be due to a request from the Palestinian Authority. "Since 2006, the PA has been paying 40 million shekels ($12m) a month for electricity to be delivered from Israel to Gaza, which is deducted from tax revenues collected by Israel on behalf of the PA."

The movie Kingdom of Heaven with Orlando Bloom gives a good historical background into the sacred and controversial history of Jerusalem. Basically it is a holy place to every religion under the sun specifically Muslims, Jews and Christians.

The problem with Israel is that Israel is not a free republic, it is a Jewish state. Which is fine if that's what they really want. It just makes it inherently problematic knowing that Israel traditionally did not own or conquer all of Palestine anciently and they were commanded to vex not the stranger that sojourneth with thee. The Palestinians living within Israel were people without a country or passport. However, recently that has changed.

The Palestinian passport, which was issued in 1995 and was based on the Oslo Accords reached between the Israeli government and the Palestinian Liberation Organization, is essentially a travel document and does not stipulate that its owner is a citizen of Palestine.

However, the Times of Israel is reporting that "The office of Palestinian Authority Mahmoud Abbas has reportedly informed Israel it intends to begin issuing “State of Palestine” passports to West Bank residents." Interesting, I think that is fair. If Isreal is not willing to form a free republic and insists on maintaining a Jewish State, then a two state solution is the logical conclusion.

I would also like to point out the obvious. Fascists don't like Jews yet Donald Trump does. His daughter married a Jew. Donald Trump is obviously sympathetic to the cause of Israel. That means he isn't Fascist. Just sayin.