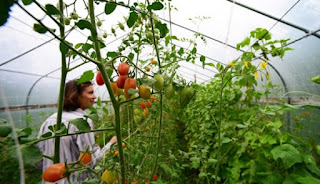 The Peace Arch News is reporting that "The Appeal Court of B.C. has affirmed a lower court judge’s conclusion that the minimum punishment of two years in prison under the Controlled Drugs and Substances Act for possession of marijuana for the purpose of trafficking is cruel and unusual punishment."

"Justice Sunni Stromberg-Stein dismissed on Dec. 28 in Vancouver the Crown’s appeal of a 10-month sentence imposed after Phillip Francis McGee pleaded guilty to possessing marijuana for the purpose of trafficking and production of marijuana in the Surrey home he was renting."

I have to laugh and ask where does it say growing pot is a charter right? It doesn't. The clause they are citing is the protection against cruel and unusual punishment. I'm not sure if a two year minimum sentence for trafficking pot is cruel and unusual punishment but it is excessive and stupid. Pot is going to be legal in July. So he was growing tomatoes without a licence. Big deal?

We have to once again ask ourselves why the Surrey RCMP are obsessing over pot when it will soon be legal while they turn a blind eye to fentanyl dealers on the Surrey strip. That is unequal protection of the law and just plain stupid.