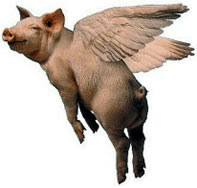 Global is reporting that "Charges against pig sh*t Jamie Bacon in connection with the Surrey Six homicides have been stayed by the B.C. Supreme Court, the BC Prosecution Service (BCPS) announced Friday" over trial delays. This is the epitome of evil.

This time it's not the court's fault. The trial delays have been colossal. Who's fault is it? The slimeball cops that slept with the witness and the crown itself for delaying it so long to cover up the police misconduct. They are both to blame. Jamie Bacon certainly wasn't the brains of the operation but he was the piece of garbage that orchestrated the hit. We wasn't trying to tax Cory Lal on behalf of himself. He was trying to tax Cory on behalf of the Hells Angels. Jamie pigsh*t was the one who went in there all coked up wanting to make it look like a scene from scarface.

Global is reporting that "Eileen Mohan, the mother of Chris Mohan, who was killed in the Surrey Six shootings, said she was expecting that her son would see justice until the ruling was made public on Friday. 'My son’s life was taken so horrifically, and to give me a verdict like that today was … I just wanted to scream to the rest of the world until someone listens to me and understands my pain,' she said." God bless her. 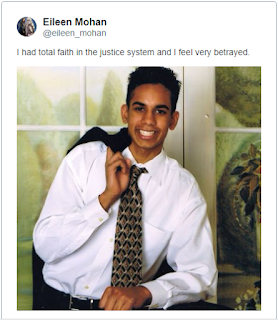 Global is also reporting that "Bacon remains in custody on a charge of counselling the murder of an individual. A trial on that charge is set to commence on April 3, 2018. Bacon has made no application for bail on that charge, and the Crown would oppose his release, the BCPS said."

I have a lot of things on the go right now. I'm experiencing a New York Minute so to speak. I'm going to take time to deal with some family issues and keep hammering on Honduras until the world wakes up and sees what's really going on there. In the meantime I just want to say that Jamie Bacon is a piece of garbage. He has no respect in Surrey.

Jamie Bacon "had wanted to kill Corey Lal from mid-2007 onward. In the months leading up to the Surrey Six murders, Bacon frequently raised the issue of his hatred for Corey Lal. Bacon first claimed that Lal had to be clipped during a restaurant meeting attended by Le, a witness known only as Person Y, and other Red Scorpions in September 2007, the statement said. After initially resisting the idea at several meetings, Le eventually told Bacon to do whatever you want, whatever you need to do.”