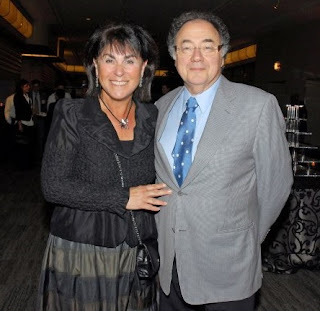 Here it is, the Great Canadian Pharmaceutical Fraud. Global is reporting that "The B.C. government has made free naloxone kits available at pharmacies throughout the province. The kits will be available to people who use either use opioids or are likely to witness an overdose." They say the road to hell is paved with good intentions. Well this time they are absolutely right.

I have continuously expressed my objection to the corrupt or stupid lobbyists that took the four pillar program and threw away three of the crucial pillars and turned harm reduction into harm promotion. What we are doing is spending billions of tax dollars to promote addiction and organized crime. Treatment saved Kati, lethal injection sites did not.

Yet there is another aspect of the Great Canadian Pharmaceutical Fraud that is tied to the recent murder of a generic drug tycoon in Toronto. I have said before, the criminal activity of the CIA makes the Hells Angles look like boy scouts. Likewise, the criminal activity of the big Pharmaceutical companies makes the Hells Angels criminal enterprise look like small potatoes.

In one breath we read that the provincial government of BC is spendingd massive amounts of tax dollars to hand out free naloxone kits. In the next breath we read that "The price of the antidote to the overdose crisis is skyrocketing." Which leads us to ask Naloxone Stocks: Who’s Really Winning the Battle Against the Opioid Epidemic?

EAF said the reason the government refuses to spend a penny on treatment is because its too expensive. However, that is simply untrue. When you look at long term investment, treatment is a whole lot cheaper than turning people into life long methadone addicts.

The government class action against Perdue is somewhat hypocritical. The government helps the pharmaceutical companies make billions from tax dollars because they receive kickbacks in the form of campaign contributions, then sues them for another piece of the pie they created.

Recently the pharma greed escalated to a new level when generic drug tycoon Barry Sherman and his wife were murdered in their own home last week. Providing cancer treatment and medicine to terminally ill patients is indeed lifesaving work. Yet exploiting people on their death bed by jacking up the cost of medicine through rigid drug patents is organized crime. So is murdering a generic drug tycoon who provided Canadians with affordable medicine.

Martin Shkreli buys rights to AIDS drug and promptly raises price from $13.50 to $750.00 per pill