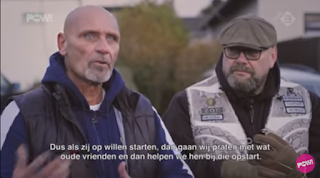 A local TV station in Scandinavia is doing a series on Henk Kuipers from the No Surrender MC. At 1:38 of the video he introduces Michael Green, the international spokesman for TBM. They asked Henk about the gang war and he referred to Michael as a consigliere between the clubs. He helps mediate conflicts and helps keep the peace. At 1:54 in the video Michael is speaking in English about his role in negotiating between the clubs.

Now that's what I'm talking about. It's no secret that Michael is personal friends with Henk and that he was consulted when the No Surrender Crew started up in Norway. Michael doesn't have a patch because he doesn't need one. He has street cred. He knows people in the industry and people come to him for advice.

Michael could have a patch in the snap of a finger. He choses not to because he has a higher calling. Michael's Christmas Message called for a return to old school values within the MC community. He spoke out for peace between the clubs and an end to infighting. He said the government is the real enemy and if we don't get our act together and stop fighting among ourselves, the whole movement will be destroyed within a few years. He is absolutely right. It's time to live the dream and stop pimping the dream. Scandinavia has raised the bar so it has. 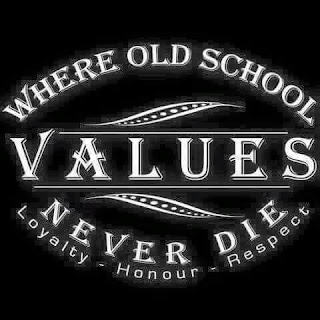