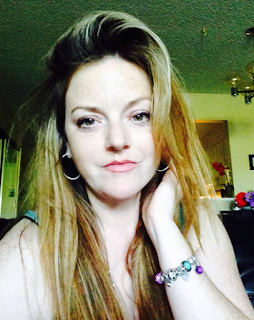 The Vancouver Sun is reporting that "Abbotsford police have seized a massive quantity of drugs and cash in an investigation that was launched in October after the deaths of five people within 10 hours of suspected overdoses. On Oct. 27, the five, between the ages of 40 and 67, were found dead inside their Abbotsford homes. Police launched a probe into high-level traffickers in the area who provide fentanyl and other drugs to local dealers."

"On Nov. 23, police raided a home, several storage lockers and three cars. The searches yielded $46,000 in cash, plus weapons, drugs and other materials related to drug trafficking. About two kilograms of drugs were seized, included fentanyl, methamphetamine, cocaine, marijuana and MDMA, and six kilograms of materials used for the production of methamphetamine and MDMA. Lab results later showed traces of carfentanil in some of the drugs seized and that some of the cocaine had also been contaminated with fentanyl."

“These arrests will have a significant impact on the drug trade in our downtown core,” said Insp. Tom Chesley. “The presence of fentanyl and carfentanil in drugs is a clear indication that drug dealers have no regard for human life, and that they are only concerned with making a profit.”

This is what the police are suposed to do. If people die from fentanyl, the police need to arrest the people that sold the fentanyl. It's not rocket science. Compare that to Surrey. Surrey is doing the exact opposite. Instead of arresting the drug dealers selling fentanyl on the Surrey strip, they are providing them police protection to sell drugs. It can't get any more corrupt than that.

In September of this year the Peace Arch News reported that "Delta Police have charged 21-year-old Delta resident Daniel Chesshire in connection to nine overdoses in South Delta last year." If Delta and Abbotsford can do it, why can't Surrey?

July 2016 there was a fentanyl fatality at Shakerz in Surrey. Not only did the police not arrest the drug dealers that sold her the fentanyl under false pretenses, they didn't even name her or the bar she OD in. Her name was Leanne Yardley. She was a wonderful mother who cherished her children and a nurse just out for a break. She did a line of cocaine at Shakerz and it turned out to be straight fentanyl not cocaine. No arrests were made.

Shakerz is the drug trafficking hub that loads the Surrey Strip with fentanyl. The police know that and simply don't care. Drug and gang enforcement in Surrey is a complete fraud.

Montreal Police crack down on fentanyl, Vancouver Police promote it