BC Pot sales: Public and Private 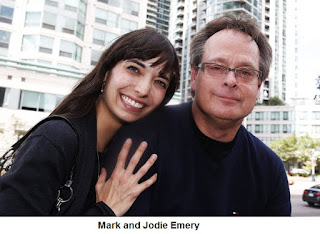 CBC is reporting that "Recreational pot sold in British Columbia will be sold at both public and privately run stores, the provincial government says." The minimum age to purchase it will be 19. That sounds good. However, there are a few details that are concerning.

Its interesting to note that although the Conservatives were against the legalization of pot, when they were in power they established a free market pot system for medical marijuana. They cited the number of entrepreneur applications to grow medical marijuana.

Mark and Jodie Emery are pushing for free market pot. That is what I support. The last thing we need is more Health Canada corruption screwing things up for Canadians again.

Recently there was news of a huge drug bust in Washington state. Only it wasn't cocaine or heroin it was pot. I'm like what are they doing? Pot was legalized there in 2012. Somebody isn't listening. Freaking out about an "illegal" grow after pot has been legalized is a complete waste of time and money. The whole point of legalizing pot is so that police can more efficiently use their time going after hard drugs like crack, crystal meth and fentanyl.

Dramatic police raids of grow ops after the legalization of pot while they turn a blind eye to the public sale of crack is somewhat suspicious. Just like these recent charges against Marc and Jodie Emery. It's a compete waste of time and tax dollars. Their political campaign was successful. Get over it and leave them alone. It's like making a big deal about arresting someone for growing tomatoes without a license. Who cares? There are much more important problems we need to worry about.

Although I rather not see pot sold in liquor stores, I rather see it sold there than grocery stores. I'm glad they are allowing the private pot shops but $30,000 a year for a license is insane. That is not a free market. The said they would reduce the fee for pot shops but that has yet to be seen. Whatever a business license costs for any business, that should be the fee. If they want to tax the sale of pot feel free but boosting the cost of a business license for pot kills the free market.