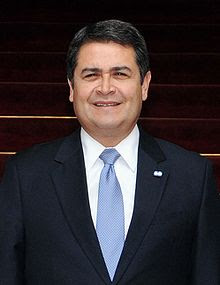 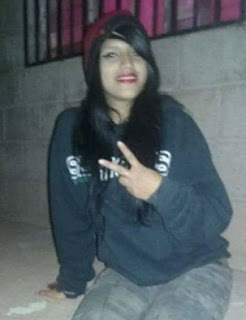 Juan Orlando Hernández is responsible for the murder of 19 year old Kimberly Dayana Fonseca, when he ordered troops to shoot unarmed protesters after he refused to step down when he lost a democratic election in Honduras December 1st 2017. This boy was shot in the back running away from the army. Shooting a civilian in the back as he is running away is murder. 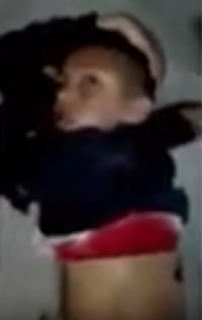 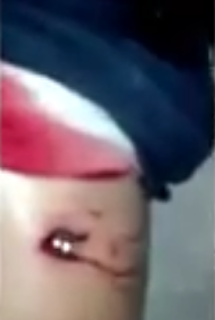 At specific times during the night the people in Honduras protest the curfew and the presidents refusal to step down after a democratic election by baning pots and pans just like in Montreal.

The Financial Times is reporting that "Honduras’ elite US-funded Cobra police force stopped obeying government orders and went on strike just before a government curfew descended for the fourth night in the wake of violent protests against the disputed November 26 elections. Aldo Oliva, a former police commissioner, told UneTV the strike was in protest at the government crackdown on dissent after disputed elections more than a week ago."

"Honduran police have announced they will refuse to obey orders from the government of the incumbent president, Juan Orlando Hernandez, and will remain in their barracks until a political crisis triggered by last Sunday’s contested presidential election has been resolved. All national police – including elite US-trained units – in the capital, Tegucigalpa, would refuse to enforce a curfew ordered by the government after days of deadly violence triggered by allegations of electoral fraud, a spokesman said on Monday night."

“We want peace, and we will not follow government orders – we’re tired of this,” said the spokesman outside the national police headquarters. “We aren’t with a political ideology. We can’t keep confronting people, and we don’t want to repress and violate the rights of the Honduran people.” Crowds of anti-government protestors greeted the announcement with cheers and chanted: “The people united will never be defeated!”

Reuters is reporting that "The Organization of American States on Monday said it could not be sure Honduras’ president won a second term in an election last week, citing irregularities and errors in the process and calling for a recount of nearly a third of the votes."

God Bless Honduras and God Damn the CIA. Like a Waving flag yo.

The police strike only lasted a day but they are still refusing to confront protesters. The Globe and Mail is reporting that "Police officers returned to duty Tuesday after briefly refusing to enforce a curfew aimed at quelling protests over the slow vote count for Honduras' Nov. 26 presidential election. Supporters of opposition candidate Salvador Nasralla blocked some highways, deepening the country's political crisis amid claims of fraud by President Hernandez."

The Honduran Government Is Trying to Steal an Election

The Nation is reportng that "It’s increasingly clear that a majority of voters have had enough of US-backed President Juan Orlando Hernández. On the eve of the presidential elections, The Economist dropped a report in which it described “Plan B,” an attempt at local vote rigging by the National Party. Leaked recordings from a training session documented a government employee urging poll workers to fill out extra ballots for Hernández and add additional marks to nullify those cast for Nasralla. the Honduran government’s corruption is not limited to election fraud."

"Recent court testimonies allege ties between the government and criminal groups. During one trial, a former Mexican drug dealer said he had met with Julián Pacheco, the Honduran minister of security and a 1979 graduate of the School of the Americas, to discuss plans to ship cocaine from Colombia to the United States via Honduras. Earlier this year, in another case, the leader of one of country’s largest drug cartels identified Tony Hernandez, a Honduran congressman and the president’s brother, as one of the group’s senior government allies."

Is Honduras’s ruling party planning to rig an election?

Reuters is reporting that "The Organization of American States (OAS) said on Wednesday it may call for new Honduran elections if any “irregularities” undermine the credibility of results in last month’s disputed vote that has sparked a crisis in the Central American nation.

In a statement, the OAS also called for an immediate return of constitutional rights such as freedom of movement. The Honduran government imposed a curfew last week when protests erupted over the vote count in the Nov. 26 presidential election, which has been tarnished by allegations of electoral fraud."

Update: The local news in Honduras is showing evidence of the fraud. They are showing scanned log sheets with the name of the employee counting the votes and the number of vote each person received beside their name. In many cases the results have been erased or altered. For example one instance it said 097 votes for Juan Orlando Hernández but it was changed to read 197 vote. Each time the vote were changed it was in favor of Juan Orlando Hernández. 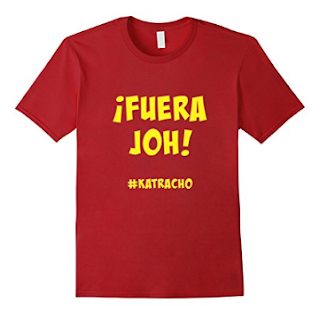 Locals in Honduras use the slogan Fuera JOH. JOH are the initials for Juan Orlando Hernández. It's pronounced Ho. Fuera means leave or go. Amazon has Tshirts printed and someone posted a popular youtube video of a man singing the song with an accordion.

Why isn’t the world talking about the Honduras corruption scandal?

Juan Orlando Hernández corruption scandal has been protested for years after he was caught taking money from the heath care for his political party. Activists said that more than 3,000 people have died because the hospitals could not afford to stock medicine or in some cases substituted actual medicine for placebo pills made from flour or common diuretics. Right now in Honduras there are many private schools although not many can afford it. The reason is because in the public schools many of the teachers are not paid and work as volunteers. Guess who is pocketing all the humanitarian aid from the United States.

"The Honduran government is deploying dangerous and illegal tactics to silence any dissenting voices in the aftermath of one of the country’s worst political crisis in a decade, including preventing lawyers and human rights activists from visiting detained demonstrators, Amnesty International said after a visit to the country following contested presidential elections on 26 November. 'Honduras seems to be on a very dangerous free fall where ordinary people are the victims of reckless and selfish political games,' said Erika Guevara-Rosas, Americas Director at Amnesty International."

The LA Times is reporting that "Almost two weeks after Hondurans went to the polls, the still-unresolved results of the country’s disputed national elections remain a source of uncertainty and disquiet amid widespread allegations of fraud.