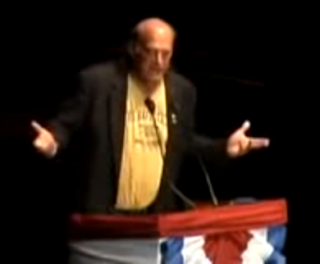 The Post Media News monopoly is reporting on a bizarre poll the Canadian Press conducted calling for a complete ban on all firearms in urban areas. This is Corporate Communism. Why is a corporate news monopoly conducting a stacked poll with the intent of guiding public opinion away from civl liberty? Because that is what their corporate mandate calls for.

The article admits that "The Liberal plans don't involve any kind of total ban and, indeed, no political party has ever suggested the idea." So why the f*ck is a corporate brainwashing think tank pushing for it? The article admits that In 2011, two NDP MPs from Thunder Bay, Ontario broke ranks and voted in favour of the Conservative government's legislation to repeal the gun registry for long guns. As far as I'm concerned, the Canadian Press corp and the Post Media propaganda conglomeration can go f*ck themselves.

In the words of Earl from the movie Men in Black, you can have my gun when you pry it from my cold dead fingers. People don't commit crimes with registered firearms. The current system is not working. Only the criminals have guns. This obscene proposal is something Hitler or Stalin would be proud of. As Jesse Ventura said, the second amendment was not framed to protect citizens right to hunt. It was to allow citizens to protect themselves from corrupt governments. From what we are seeing of political corruption around the world, that right is needed now more than ever.