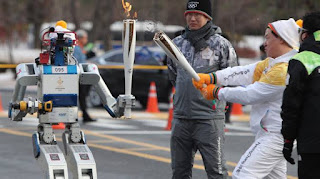 Well the Korean Winter Olympics are almost here! They run from February 9-25 2018. Global is reporting that "Day 41 of the Pyeongchang 2018 Winter Olympic torch relay featured an appearance by the event’s first non-human participant. Humanoid robot HUBO was the second torchbearer of the afternoon at the Korean Advanced Institute of Science and Technology in Daejeon, South Korea. At least 7,500 torchbearers will transport the Olympic flame during its trip around the country. The torch will reach its final destination on Feb. 9, when it will light the cauldron at the Opening Ceremonies of the 2018 Winter Games in Pyeongchang."

I'm disappointed that Russian athletes have been banned from participating in these Olympics. Russia has maintained it's super status in the Olympics even after the break up of the Soviet Union. Holding an Olympics without them is incomplete. Winning a gold medal without them there isn't really a gold medal. Their absence diminishes the credibility of the entire event.

Although I am passionately opposed to Communism, Communist countries have participated in the Olympics since the Iron Curtain. Russian athletes have been dabbling with steroids ever since. Likewise the Olympic committee has been dabbling with corruption ever since. Perhaps we should ban the olympic committee for corruption and welcome the Russian athletes to compete. If they pass a drug test they are good to go. To ban the Russians claiming they have found a way to manipulate the drug testing results is just plain silly.

The Winter Olympics in Vancouver was a wonderful event. All of us who live here and participated in it remember it well. Canada does better in the Winter Olympics than it does in the Summer Olympics. We're better at winter sports. Yet participating in the games isn't about winning medals. It goes beyond that. Cheating to get more medals would be lame. Not letting the Russians compete is in essence cheating. It will not be the same without them.

Likewise, North Korea is welcome to attend. The Sunday Express is reporting that "North Korean dictator Kim Jong-un is being urged to let his athletes take part in the Winter Olympics in South Korea and event bosses are hoping the despot's weakness for sport will help them."

"Kim, a basketball fan who counts former NBA star Dennis Rodman as a friend, has boosted spending as part of his ambition to turn the North into a sports power." Great idea. That would be so much more constructive that arguing with Trump. We really need the extremists to sit down and shut up so the rest of the world can simply get on with business.

In contrast the UK Sun, which is a British tabloid about as reliable as the National Enquirer, is reporting that "The potential crisis at next year's Winter Olympics has deepened as serious doubts over USA's participation in Pyeongchang emerged on Thursday. Regional tensions are escalating ahead of the showpiece following last week's ballistic missile test by North Korea. The Games will take place just 50 miles away from the Korean border. And Nikki Haley, US ambassador to the United Nations, admits there is still an open question over the nation's involvement at the event in February. Speaking to Fox News, Haley said: "There is an open question, but it's always about how do we protect the US citizens in the area?"

I'll tell you how. Invite Kim Jong-un to attend. If he's there he's not going to nuke the event. South Koreans aren't beefing with him. They just see all this saber rattling as a US / North Korea conflict. Kim doesn't have a motive to nuke South Korea. He's wants to win them over.

The Iron Dome is already in place. Now it's time for us to get on with the games. The Americans don't want to boycott the Olympics because it would make them look silly and weak. So let's get on with it and invite Russia and North Korea both. China is always welcome and they have the worst human rights history out of the lot.

Outsider is a very popular rapper in Korea famous for his hit song Loner billed as the fastest rap in Korean. All K Pop is reporting that "Honestly, a lot of different things happened to me all at once all this time, so I took a break. After the hit song 'Loner,' I got vocal cord nodules and enlisted in the army. After two years in the military, I married. While preparing for the marriage, my wife learned she had cancer. Thankfully, my wife has recovered now. After she gave birth to a beautiful daughter, I came back [to the entertainment world] with a happy heart." 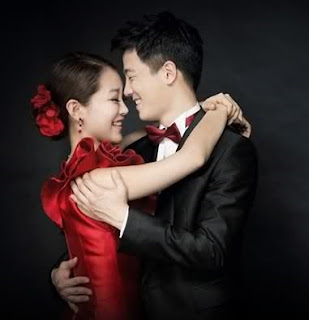 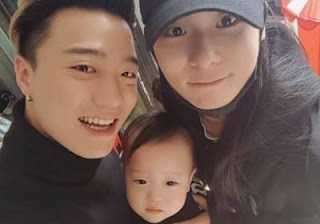 Everything has it's time and place. Freedom is something to fight and die for. However, now is not the time and the Olympics is not the place. I sent my own son to Korea not to wage war but to play music because now is his time to shine just like it is for Outsider and his wonderful family. 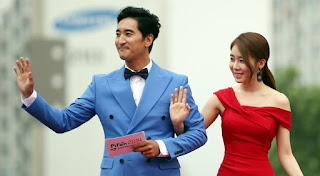 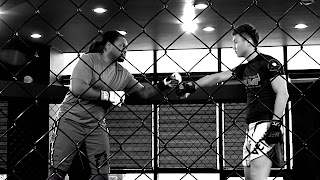