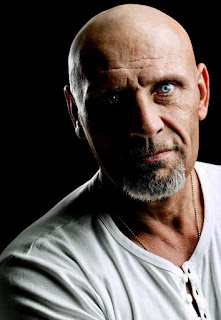 Michael Green, the International Spokesman for TBM recently made a wise statement in a closed facebook group. TBM Scandinavia suggested I post in on this blog and give a shout out to the Canadian, American and Australian bikers who read this. Peace.

2017 have been a terrible year for many MC Club's around the World, and WHY?

Because many Club's have fucked it up and given Government's around the World the tools and more power to destroy the life of Brotherhood and Ride To Be Free.

If we don't STOP fighting each other and UNITE our MC World will be totally destroyed within a few years from NOW.

Our BIGGEST ENEMIES ARE THE GOVERNMENT'S, and as long as we can't and won't UNITE and WORK together - we only will provide more tools for them to DESTROY what we believe in and LIVE and RIDE for.

Time for the OLD GENERATION in every Club to STAND UP & STEP FORWARD, and show the NEW GENERATION WHAT THE FUCK IT'S ALL ABOUT BEING A TRUE BROTHER & BIKER.

Let 2018 be the year where we together can turn it around and bring THE OLD TIMES BACK - JUST THE OLD WAY WE ALL LOVE IT.

Posted by Dennis Watson at 1:34 PM