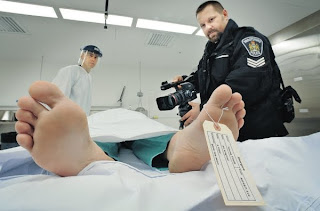 Another targeted shooting in Abbotsford today. Although the number of shootings has gone down a bit in the Lower mainland, it's still hard to keep track of them all.

In the mean time we are still hearing about more targeted shootings and execution of people who are known to the police but not known to the public. Without getting into the legal liability of withholding that kind of information from the public, what about common decency? Have we learned anything from the Chris Mohan Ed Schellenberg case?

Posted by Dennis Watson at 9:01 PM