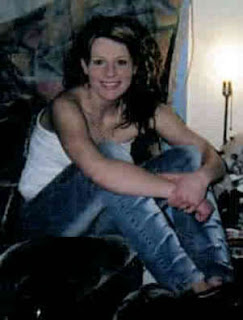 Natasha Dostal was a fun loving young lady from Dawson Creek just outside of Prince George, BC. She died a suspicious death in February 2006 at the age of 20 years. She had become addicted to drugs.

December of 2006 Thomas Willcocks, 28, died in Dawson Creek. He was a drug dealer who was beaten to death, dismembered and then burned inside a vehicle.

February of 2007 a couple was found dead in Dawson Creek. Police said an autopsy showed Allan Terrance Best and Donna Marie Taylor had been murdered.

In June of 2007 60-year-old Kelly Eugene Roney was fatally shot outside a Dawson Creek Pub. Police described that shooting as targeted. Dawson Creek RCMP Corp. Darren Traichevich said Roney was known to RCMP, and the murder of Willcocks is believed to be drug-related.

This all sounds a lot like the drug related violence in near by Prince George. Well let's see... who was in charge of the drug trade in Prince George at that time? Police claimed no one bought or sold drugs in Prince George without the permission of the Hells Angels.

The Crew, the Reneges and the Independent Soldiers sell drugs for the Hells Angels in PG. Now the GTS are starting to move into town. Selling crack is bad but competition is good. When their enemies rise and they are fighting with each other, they have less control over silencing the public.

What about Natasha? One witness claimed that the other person found dead, Clayton Desjarlais was a drug dealer. 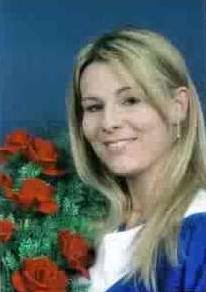 Given the number of drug related murders in Dawson Creek, it is quite possible that Natasha was murdered. However, I don’t think her murder was a huge police cover up. I think society has a misguided apathy for crimes related to women involved in drugs or prostitution. There is a long list of missing women from East Vancouver, Surrey and Edmonton that would attest to that fact.

Prince George had a small conspiracy and cover up. Judge David Ramsay plead guilty to to five charges, including sexual assault causing bodily harm, and obtaining sexual services from someone under age 18. Two police officers from Prince George were also investigated for similar offenses.

There was a former RCMP officer in Manitoba who plead guilty to trafficking guns for the Hells Angels. Yet that was the exception not the norm.

Neither do I think Natasha’s murder is tied to a judicial and government conspiracy connecting Stephen Harper to the Hells Angels. Without trying to be mean, I don’t think Harper is that bright.

Conservative MP Maxine Bernier did resign when it was made public that he left confidential military documents with his girlfriend who had ties to the Hells Angels. At first Harper said it was no one’s business. Yet that was a pretty loose connection. Julie Couillard former husband used to sell drugs for the Hells Angels through the Rockers but quit selling drugs to marry Couillard. After the marriage failed he later became a police informant.

What was far more interesting in that case was Couillard's claim that Bernier had told her the war in Afghanistan wasn't about liberation it was about gaining control of the opium trade.

Yet the real concern was when Harper recently appointed a lawyer who had represented the Hells Angels in a trademark case to the Supreme Court. That appointment was bizarre, obscene and offensive.

However, the real organized crime connection to Canadian politics was Alfonso Gagliano. The New York Times quoted an FBI informant naming Gagliano as a made member of the mafia in Montreal tied to the Bonno crime family in New York.

Gagliano denied the allegations and sued the government for slander but lost. Turns out in 1994, La Presse reported that Gagliano was the book keeper of Agostino Cuntrera, cousin of cocaine baron Alfonso Caruana. Gagliano is from the same small village in Sicily that the Cuntrera-Caruana mafia clan is from.

Posted by Dennis Watson at 2:31 PM