When courts have too much power 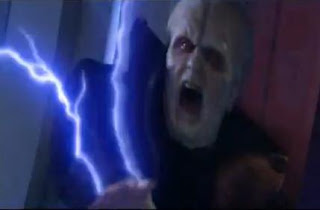 Well we all know that power tends to corrupt and how some say absolute power corrupts absolutely. Well I think the latest decision from an Ontario court is a perfect example of that. Now I know this is going to be controversial because I totally oppose violence against and exploitation of sex trade workers. Yet there are two points to make about this slippery slope.

In BC we have witnessed the other extreme, when courts have too little power to deal with gangs and organized crime. We see the limp noodle effect or the shocking extreme of a judge throwing out good evidence for no real reason. One threw out a case even though the police got a search warrant. They said the judge erred in giving them the search warrant. Another threw out a case because although the police got a search warrant and knocked on the front door before entering, they didn’t knock on the back door as well. I kid you not.

One poor cop was so worried about these wacko judges he got written permission to search a guy’s car. The judge even threw that case out because the cop did a pat down of the suspect which was in violation of his rights. Clearly we see judges in BC that are inept or corrupt. I don’t know why McLean’s ran an article about Quebec being the most corrupt province. Clearly BC is.

OK s here’s the deal. An Ontario court has ruled that anti prostitution laws are “not in accord with the principles of fundamental justice." This decision has completely stepped off the limb into the real of the Twilight zone. It’s one thing to hold a law up to the Constitution or the Charter of Rights. All laws are subject to that higher law but to say a law created by a democratically elected government violates fundamental justice? What the hell is that?

The common term in natural justice. Regardless the term fundamental justice is subjective. Who’s definition? Who holds the golden measuring stick? Would that definition change with each person we poll? A constitution or a Charter of Rights is clearly defined on paper. The subjective concept of fundamental justice as a measuring stick gives judges absolute power over a democratic society and that is not a good thing.

Before we discuss prostitution let’s look at NAFTA. Free trade is fine but giving courts power over elected governments is not a good thing. TILMA is the same idea but more extreme. It is a trade agreement that exists between BC and Alberta that some are trying to extend across the country.

The agreement makes it illegal for any level of government to make a law that would inhibit a Corporation’s ability to make a profit. I kid you not. The implications are frightening. What if the people say they want to create a law that protects the environment?

Say a province has a lot of environmentalists in it’s constituency and says they want to ban off shore drilling or oil sands cultivation within their jurisdiction. TILMA says a Corporation could then sure that government for creating a law that inhibits their ability to make a profit and win. That is absurd. The case isn’t even heard in a court of law it’s heard in some tribunal.

I don’t think this would help reduce violence against sex trade workers any more than legalizing crack would see a reduction in organized crime. It would only make it more prevalent and much harder to prosecute.

The point is a democratic society has the right to create just laws to govern that society. Saying a community is legally bound to buy drug addicts needles and drugs is absurd. This law would only benefit organized crime and is the very reason it is being pushed. Upholding individual rights is a good thing. Expanding that to the erroneous claim that it is a human right to commit crime is nonsense.

If a community has democratically chosen to legalize prostitution or crack then that is their choice. Forcing that decision upon a democratic society against their will is lawlessness.

Just as we thought, extremists are billing this as "emancipation day" also known as anarchy. Yet here's another wacko abusing the Charter of Rights once again. He runs a clothing optional nudist colony and was charged with public nudity when he and two other guys went through a drive through at Wendy's in their car naked. The teller was offended but they didn't care. They said their rights were more important than hers and they are counter suing under the Charter of Rights. They say laws baning public nudity violate a persons charter rights.

This is what I'm talking about. Wackos will take as much as we let them. Giving a judge power to override just laws in a democratic society is absolute lawlessness. It has nothing to do with justice whatsoever. One persons rights don't overrun another persons rights. No doubt the nudist case will be thrown out but imagine what would happen if some wacko judge said he's right. Laws banning public nudity violate his individual rights?

So when the dirty old pervert in a trench coat starts flashing old ladies or little girls, the police can't arrest him. That is insane. So when the three amigos pull up to the drive through at Wendy's naked in their car and start doing the pee wee Herman or when someone decides to go to a movie theatre naked and start doing the pee wee Herman in public, that's ok and if someone is offended by that, that's their problem. Nonsense.

My concern with striking down the prostitution laws is the whole can of worms it opens. Like I said what consenting adults do behind closed doors is their business. But when you have open prostitution and open crack use that wrecks havoc on a community. No wacked out judge has the right to tell me I have to put up with that in my community.

That's the time to change the laws that govern the selection and retention of judges. It's the time we enact legislation that lets us fire bad judges because they clearly have too much power and it has clearly gone to their head. Legalization of prostitution will not stop the exploitation. It will only make in impossible to control.