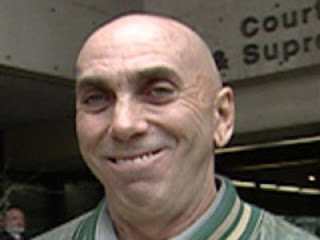 Well this is just plain sick. I read a headline that said something about how the police were unable to block pictures of a rape being posted on Facebook. I find that hard to believe as that would clearly violate facebook's terms and conditions.

The latest headline is a former sex crime investigator says that posting or reposting pictures or videos of a 16 year old girl getting raped is a criminal offence. This story is horrible for two reasons. First for the actual act itself. Second for the fact that anyone would get off on reposting pictures of any rape not to mention one of a minor.

The sickening thing is that it's a local story. It happened right here in Vancouver. The 16 year old girl was given a "date rape" drug at some point during the party in Pitt Meadows, then taken out of the house and assaulted by between five and seven youths while several others watched and at least one took photos, police say.

The pictures were distributed through social networking sites and cellphones and one 16-year-old has been arrested and charged with production of child pornography.

Participating in any rape, especially a gang rape is deranged. (No offence to convicted armed rapist Mom Boucher) So is watching it or giving someone date rape drug. Selling date rape drug would be just as bad. Oh but wait, who are the largest distributors of date rape drug in Canada? The Hells Angels.

The Hells angels were involved in the two largest date rape drug busts in the country in Vancouver and Toronto.

Haney Hells Angel Vincenzo James Sanssalone of Maple Ridge was caught with 600 litres of GHB Date Rape Drug. Maple Ridge is pretty close to Pitt Meadows. I wonder who sold the date rape drug that was used in this teenage gang rape case?

Toronto Hells Angel associate Mark Figueireo was sentenced to six years in prison for being caught with 350 litres of date rape drug. The Toronto Star reported that Mark Figuereo had no previous criminal record but plead guilty to conspiring with six other men, five alleged to be Hells Angels, to traffic 600 litres of GHB worth $1.2 million. Police found 350 litres of the drug in his Toronto garage.

After the trial Mark Figuereo, 30, wept as he hugged his wife, sister and niece before he was lead away in handcuffs. This is another example of how the happily married family man was just a front. How would he have felt if someone used that drug to rape his wife, sister or niece? Selling date rape drug is deranged. Getting rich off selling it is very sad. Call it in. Report it.

Oh and let's not forget the Red Scorpion hiding out in the Kelowna retirement village who was also caught with GHB.

One person has been arrested involved with the rape. Now for the other six and those who stood there and watched.

Second arrest. Police are seeking more witnesses.
Come on people, call it in.