When the Government becomes PIMP 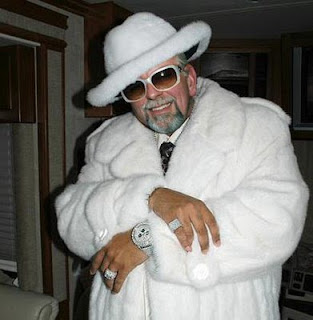 I am told the truth hurts and abuse of sex trade workers does go on in indoor brothels as well. I'm glad to hear the Tories are appealing the Ontario decision. I'm not sure Iggy would. I've already talked about some of my concerns with giving courts power to over ride democratic laws in society. I'll just clarify the concerns with how they specifically relate to the Ontario court's decision to strike down existing anti prostitution laws.

Like every decision there are up sides and down sides. As the decision stated, prostitution itself wasn't illegal in Canada. Some laws were created making some kinds of public prostitution illegal. All anyone has to do is open up a copy of the Georgia Straight or read the personal adds of any newspaper to see that there currently exists a huge tolerance for private prostitution.

It's kind of like the difference between legalizing marijuana and decriminalizing it. Human nature takes a mile when given an inch. If we legalized pot, would that mean we have to offer urine samples at road blocks instead of breath tests because driving under the influence of pot is just as bad as driving under the influence of alcohol. Sometimes things are just better off left alone.

So what's the next step - legalize prostitution completely and tax it? I spoke with one sex trade worker who opposes legalization. Most cities already make people pay for escort licenses. In Kamloops they have to pay $3,000.00 a year for an escort license. Right now the city is the pimp. If we legalized prostitution would these escorts now have to pay income tax? Would that not make escorts a target for laundering drug money?

Many would rightfully argue that the government would be a nicer pimp than the Hells Angels would. Metaphorically speaking of course. Yet if prostitution was legalized that would not get rid of the Hells Angels control and involvement. It didn't in Amsterdam. In Amsterdam the city hall was upset that the Hells Angels used extortion and bully tactics to buy a brothel for far less than what it was worth.

I'm not concerned about what goes on between consenting adults. I am concerned about dealers and pimps who turn someone into an addict then force them to a life of prostitution and abuse. Especially minors. I say abuse because most street prostitutes are abused.

I remember driving around Surrey when my kids were younger and seeing all the prostitutes pretending to be hitchhikers I said I remember back in my day when hitch hikers were really hitch hikers.

Back in the day, things were different. In Vancouver you'd see the classy hooker around Richards. If you were a heterosexual John you had to be careful around Seymour Street as that was referred to as Tranny Alley. Back in the day, enforcers would beat up Johns for abusing or mistreating the ladies. That has certainly changed.

The East Van prostitutes were very different. They were drug addicted beaten and abused. It was really sad to see. No one in their right mind would want to pay money to have sex with them. Since the crack explosion, that's what happened to the Surrey prostitute. The drugs quickly took their toll and what used to be a pretty young girl quickly became a deformed shadow of what that young laddie used to be. They're scary.

That's why I get so upset when I hear court decisions that tell me I must have a safe injection site in my neighbourhood and I must pay for it with my tax doctors. Like hell I do. There isn't enough money for real hospitals and schools so there certainly isn't enough money to buy addicts drugs. No doctor in their right mind would prescribe alcohol for alcoholics yet in essence that is exactly what some are saying.

On another side note, I heard that Judge Walker in California just overturned Prop 8 and has been getting a lot of slack over it. I also heard that he just announced that he is resigning effective December 31 2010. I'm not going to get into the Prop 8 argument. I'm just concerned when a judge starts overstepping their boundaries and starts telling me what to believe and what to spend my tax dollars on.

As a reader has pointed out in my previous post the Notwithstanding Clause of section 33 of the Charter of Rights is well worth examining. I was not aware of that loop hole and am not sure I am comfortable with it. The government can violate the Charter of Rights if it says notwithstanding. I'm not sure that's a good thing. I think the better route would be to make judges publicly accountable by creating a provision were bad judges could be recalled or simply fired.