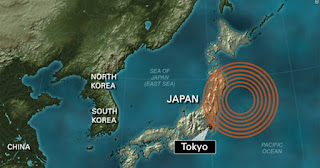 Reuters is reporting that an earthquake with a preliminary magnitude of 7.3 hit northern Japan on Tuesday, the Japan Meteorological Agency said, issuing tsunami advisories for much of the nation's northern Pacific coast. I thought the earthquake had to be further offshore to generate a tsunami. CNN is reporting a three foot wave heading for Fukushima. However, it does not appear the current size of the wave is large enough to breach the seawall. Yet.

Speaking of Fukushima, did they ever get that reactor leak fixed after the last earthquake? Pretty soon our sushi will glow in the dark. 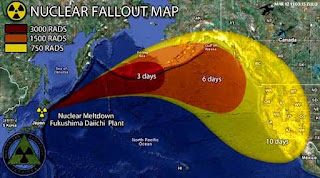