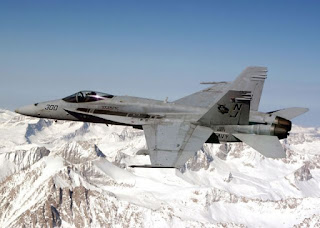 The National Post is reporting that a Liberal government proposal to buy Super Hornet fighter jets as a replacement for the air force’s aging CF-18s is back on the table.

Finally someone with a brain. Boeing is good - Lockheed Martin is bad. The Super Hornet work in the Canadian Arctic. The F-35s don't. Canada can't do the mid air refueling for the F-35's. It's just not cost effective. That whole F-35 scam was tied to insider trading within the Harper government. The Super Hornets are a much better investment.

Opening up the bidding process is pointless since Lockheed Martin has a past history of underbidding to secure a contract then over charging once they have it. That's one of the reasons they've been in court so many times for fraud.

Posted by Dennis Watson at 4:00 AM