Remembrance Day: Lest we forget 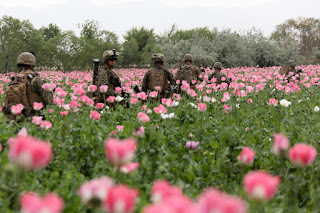 Today is Remembrance Day in Canada which is known as Veterans Day in the United States remembering the 11th hour of the 11th day of the 11th month in 1918 when World War I came to an end. World War I was referred to as the war to end all wars. Sadly, it was repeated and we need to remember how and why it was repeated.

Adolf Hitler burned down the German Parliament building and blamed it on terrorists so he could become Chancellor just like Senator Palpatine in Star Wars. Then he burned down a German radio station and blamed it on Poland to justify the invasion of Poland. The rest is history.

In Guildford Mall they have a few war memorials set up. One of them had a poster of all the soldiers that died in Afghanistan. We lost a lot of good soldiers in Afghanistan. One of them was Bill Turner. He was a postal worker from Edmonton who joined the reserves. In his eulogy they said he was the type of person that would say, Hi my name is Bill, I'm here to help. Someone who gave his all not to invade another country but to serve others.

We invaded Afghanistan after 9/11. We were told it was because Afghanistan did the 9/11 bombing on the three Towers in New York only the Bin Laden confession video didn't look anything like Bin Laden. Iraq wasn't invaded for 9/11. They were invaded for having Weapons of Mass destruction only none were found. It was really about oil. So was Afganistan. Oil and opium.

The Texas oil barons were wining and dining the Taliban trying to win the contract for the Central Asian Gas pipeline across Afghanistan. After they decided to get Argentina to build the pipeline instead of an American firm, 9/11 occurred and they were invaded. After the invasion that decision was reversed and the American firm regained the contract for the pipeline.

Right before the invasion, the Taliban had brought opium production to a grinding halt. After the invasion Afghanistan returned to become the world's largest producer of opium. That was the result of the invasion. US troops were openly protecting the opium fields claiming that if we didn't do it the Taliban would which was another bold faced lie.

Canadians participated in the Korean war which was a good thing. As we have seen, stopping Communist or Fascist invasions is good. Promoting drug trafficking is not. Lest we forget.

On the brigher side, there's a new war movie in the theatres that's worth seeing called Hacksaw Ridge. Like the November Man it's also based on a true story. It's about an American soldier who went to war and refused to fire a bullet. In basic training his fellow soldiers would bully him and beat him. On the battlefield he earned their respect. He would run into battle and risk his life saving wounded soldiers one at a time. It's a heartwarming story about a different kind of valour. 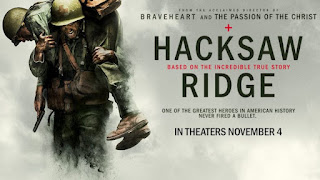