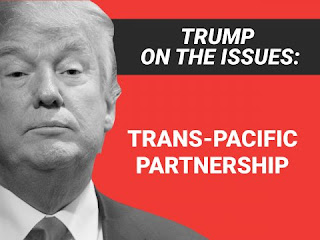 As the dust settles and the shock waves dissipate, one of my coworkers who did not support Trump tried to look on the bright side and agreed the bottom line is that Americans want jobs and are unhappy with the way things have continued to go for many years. One of my pet peeves is these ridiculous Free Trade agreements that have absolutely nothing to do with free trade and everything to do with giving up sovereignty. It all began with NAFTA Chapter 11.

Donald Trump said that NAFTA was the worst trade deal the US ever signed and said he would pull out of the Trans-Pacific Partnership. This could be a good thing for all of us.

One of the logical consequences of NAFTA was seeing American made automobiles assembled in Mexico. If Japanese cars can be assembled in Canada why are American cars assembled in Mexico? Because it's cheaper labour. So Buying American isn't supporting the American economy any more. The American auto industry received a $80 billion bailout from tax dollars which was ultimately spent in Mexico not the United States. So when Donald Trump says NAFTA was a bad deal, there is merit to his argument. Why should a company receive tax dollars to be spent outside the country?

My concern with NAFTA is chapter 11 compensation awards. That hidden clause that says it's illegal for the government to create a law that would inhibit a corporation's ability to make a profit. Under that clause, if the new Donald Trump government said OK we'll give you a bail out but you have to start building cars in America the corporation could sue the government under NAFTA because they can find cheaper labour in Mexico and that law would inhibit their ability to make an extra profit. This is the inherent flaw in these trade agreements.

Under NAFTA chapter 11 Ethyl Corporation sued the Canadian Government and was awarded $20 million because Canada banned a toxic gasoline additive that California also banned. SDMI is a private corporation located in Tallmadge, Ohio specializing in the disposal of hazardous waste including the disposal of PCP contaminated waste. MYERS Canada was incorporated as an SDMI affiliate in 1993. Their business plan was to dispose of Canada’s stockpile of PCP and to open up the border to make Canada a dumping ground for PCP from the United States. Canada banned the dumping of PCPs and the company sued Canada under NAFTA Chapter 11. They were awarded $6 million in their second award. Not including legal costs.

The government was sued under NAFTA for saying you can't dump toxic PCP in Canada. That is absurd. It clearly shows how the trade agreement is flawed and is designed to give up sovereignty not promote trade.

The trade agreement Harper signed with China was even worse. Trump is wise for pulling out of it. Under the new agreement with China, Canada is not allowed to say China can't open up a private organ harvesting hospital in Canada that gets its organs from political prisoners in China because that would inhibit their ability to make a profit. That is why this agreement is pure evil. If Trump pulls out of that agreement, then more power to him.