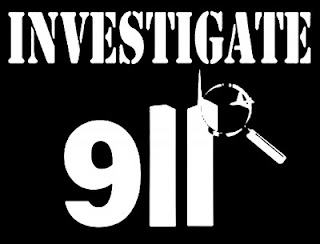 The Daily Star is reporting that Donald Trump pledged to launch a fresh probe into the 2001 September 11 attacks. “First of all, the original 9/11 investigation is a total mess and has to be reopened." Speculating over the collapse of the skyscraper after the attack, he said: “How do two planes take out three buildings in the same day? I never got my head around the fact that nothing is mentioned about the destruction of Building 7 in the 585-page document.”

In the documentary 9/11 Explosive Evidence Experts Speak out, experts in the field of controlled demolition declare that the only way three towers can collapse at freefall speed into their own blueprint is if the load bearing beams are blown out. That is what experts in the field declare.

Looking past the extremists we need to realize that a lot of people who voted for Donald Trump aren't racist. They just want a decent job and want the economy to improve. Renegotiating NAFTA is a step forward that we all can support.

We need to realize that the CIA will pay agitators to paint swastikas on public property. In Canada CSIS created the Heritage Front. Everyone knows that painting a swastika on a building now is like pissing on a good soldiers grave. It is not something any of us support.

The Hollywood Reporter is reporting that while speaking to the Associated Press on Thursday, Oprah Winfrey admitted that she was in disbelief at Donald Trump's win and Hillary Clinton's shocking defeat on Tuesday. But the media mogul was seemingly so impressed by the President-elect's meeting with President Obama that her feelings took a different turn, as she tweeted, "Everybody take a deep breath! Hope Lives!"

She isn't saying cave in to bigotry. She's saying she met him and feels the guy has been humbled. I've lived in Belfast and I've lived in Israel. I've seen the blind sectarian animosity perpetuating the you kill one of ours and we kill one of yours insanity for generations. Wait 'till I tell ye, there is no logical conclusion to that kind of violence. It continues forever. There is no logic in it. This is exactly what Martin Luther King meant when he said the old law of an eye for an eye leaves everyone blind. I've seen it. We need to rise above the hate and the lies.

Take the movie Gran Torino. Clint Eastwood played a redneck Archie bunker type who ws less than impressed with the immigrants that moved in next door and were talking over the neighbourhood. After he got to know them he ended up protecting them from the gang banger bullies within their community and ultimately risked his life to save them.

He ended up leaving his prize possession, his flawless Gran Torino to the immigrant kid next door because he had ended up getting closer to him and his family than his own kids and grand kids who turned out to be ungrateful spoilt brats. If you get to know them you just might be surprised. 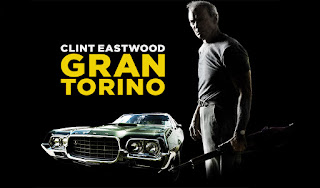 There are many different forms of racism. In Rwanda we saw a bizarre tribal conflict that resulted in a modern day genocide. In Fort Langley the fur traders helped protect the local First Nations from a rival tribe that would raid them and carry them away as slaves.

I spoke with a Latino in Langley who had spent some time in LA. He told me how he and a friend had stumbled into black area. Before they could leave they were surrounded by a large group of black men who closed in on them. Right before they kicked their ass he just bowed his head and closed his eyes giving in to the fact that they were going to get badly beaten. Then all of a sudden he felt a gust of wind rising up beside him. He looked up and saw a police helicopter hovering right above them which dispersed the mob. They were very fortunate.

New York wasn't like that. When I was there, half the guys were black, the other half were Puerto Rican. There was no conflict between the two. No one gave me a hard time for being white despite the fact that I was the visible minority. In the midle of the night another white guy from Queens took me on a tour of Spanish Harlem to see the elephant grave yard where they dumped all the stolen cars and had them on blocks after stripping them down. In New York there was no conflict between Harlem and Spanish Harlem. They got along great. Tupac even rapped about it.

All this petty hate we are starting to see diminishes us as a society. We need to rise above it.