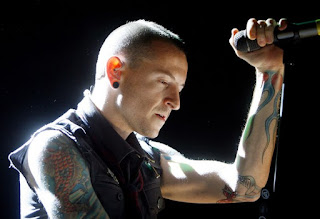 TMZ is reporting that Chester Bennington, the lead singer from Linkin Park has committed suicide. That is indeed tragic. When I think of Linkin Park I think of the song Numb which they remixed with Jay Z. That song touched my heart because the more I find out about these dirty ass gang bangers living in the ivory tower, the less I want to be like them and the more I want to be like me. A poor man is better than a liar. Drugs and alcohol appear to have been a factor.

The tragic thing about suicide is that it's always preventable. Everybody gets discouraged. Everybody has bad days. When people commit suicide they lose hope. They dont think things will ever get better. I knew a lady in West Belfast who had agoraphobia. She said to me that even through all her darkest days she always had hope. That was the one thing no one could take away from her. It's pretty easy to lose faith. Yet hope is something we always have. Even if we dont believe things will ever get better we always have hope that one day it might.

I remember attending the funeral of a coworker who committed suicide. His daughter looked around at all the people from work who came to his funeral and started to cry. She said he didn't think he had any friends. It was very sad. Peace.

Update: Tragically Linkon Park recently teamed up with Pusha T and Stormzy to put out a song called Good Goodbye. If you have suicidal thoughts you need to call the crisis line: