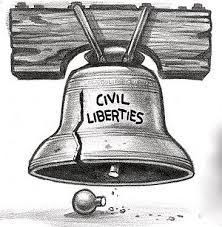 This blog supports civil liberty as defined in the US Constitution, the Canadian Charter of Rights and the Irish Proclamation. These documents define a free republic. As I repeatedly point out, these rights and freedoms are under constant attack not from terrorists or foreign threats but by domestic attacks from enemies within.

The Aging Rebel continues to cover the court case where the US Government persistently files appeal after appeal trying to tear up the Constitution and remove the freedom of association by seizing the Mongol patch and by banning the MC movement altogether.

As I repeatedly have said, committing crime and belonging to a criminal organization is not a Charter Right. However, the freedom of association is. Creating laws that ban civl liberty for suspected terrorists is problematic because as soon as the government does that, they then label anyone that opposes them as a suspected terrorist denying them legal representation and the right to a fair trial. Spying on citizens without a warrant not for criminal activity but for their political affiliations is another example of how civl liberty is under attack from domestic threats not foreign.

Consequently, I have amended my original position. In Canada the Hells Angels are without question directly involved in criminal activity as illustrated in Julian Sher's book the Road to Hell.

There are tons of members of the Hells Angles in Maple Ridge. Most of them are not involved in criminal activity. To claim that there are would be dishonest. Likewise, banning the MC movement in the United States and seizing the Mongol patch is an attack on the Constitution. Operation Fast and Furious showed us that the ATF and the CIA are the biggest drug traffickers on the planet. Gary Webb was right. Iran Contra never stopped. That is what needs to be addressed. Tearing up the Constitution and removing civl liberty does not solve the problem it compounds it.

Justin Trudeau made some powerful statements about the Omar Khadr settlement. “When governments violate Canadians’ fundamental rights, there have to be consequences and we hope that the message going forward to all future governments is: you can not ignore or be complicit in the violation of Canadians fundamental rights, regardless of what they did.”

However, one has to ask why is Justin Trudeau supporting civil liberty now when he voted with the Harper government to remove it? Why did Justin Trudeau campaign against Bill C-51 only to create a new one expanding the powers of the Canadian secret service? It's all conflicted so it is. 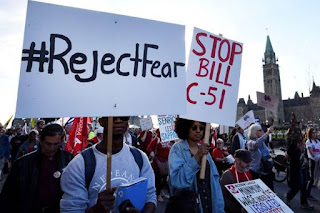 Just to clarify, Seizing the proceeds of crime is very different than seizing an entire MC's patch. Even in Canada where the Hells Angels have a long documented history of drug trafficking, seizing their patch would be over the top because in any chapter that is involved in drug trafficking usually it is only one patch member involved with the approval of the executive. All the other members of the chapter are not involved.

In the US seizing the Mongols patch from every member is totally over the top since they have only established a nominal criminal activity among a few members. When the police and the government fear an organization, that is a good thing. The government is supposed to be afraid of the people. When they are not, that is when you run into problems with ruthless dictatorships kicking in your door without a warrant.

The documentary Freeway Ricky: Crack in the System showed us the problematic nature of seizing the proceeds of crime. Freeway Ricky was unknowingly selling crack for the CIA in LA back in the /80's. The CIA pulled the plug on the DEA's bust of Oscar Danilo Blandón because he was selling cocaine for the CIA. After the CIA pulled the plug on that bust the DEA became corrupt. Instead of stopping the drugs they just started seizing drug money and collecting finders fees. A former DEA agent confessed to that fact in the documentary.

Likewise in Surrey, the police are watching the drug trafficking that is going on out of Shakerz and refuse to do anything about it. The system is corrupt. Banning MCs will not stop the problem it will only make the corrupt officials feel more powerful.