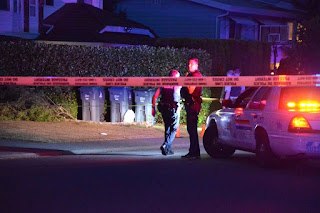 The Surrey Now / Leader is reporting that "Police are investigating a drive-by shooting in Whalley that happened at about 8:30 p.m. Thursday. No injuries have been reported. The Surrey RCMP says shots were fired from a newer-model two-door charcoal-coloured Honda Civic at a newer-model black Cadillac Escalade, in the 9400-block of 130A Street. Both took off before police arrived."

Update: News 1130 is reporting that "Surrey RCMP is investigating after shots were fired in the Whalley area last night (Friday). Loud bangs were heard at Pattullo Place, near 120th and King George about 11:30 P.M. No victims were located at the scene, or at hospitals in the area. A black SUV was seen leaving the area, and police believe it was a targeted incident."